Relax in southern comfort on the east bank of the Mississippi. You're just around the corner from Beale Street and Sun Records. Watch the ducks, throw back a few and tell us what's on your mind.
Post Reply
67 posts

I suspect the vast majority of the FBI are honorable people, but clearly a number at the top were not.

They are and they're pissed off.
https://ka-electronics.com


"You've touched kids on video, and women," shouted one man, adding "We don't need another old white man running for president - time to have a minority candidate," to which Biden - who likely didn't hear the guy, said "I agree with ya man. I agree. Nice talkin' with you."

"Look it up," the man told the gasping crowd. "Don't lie to them, 'creepy uncle biden,' look it up!" 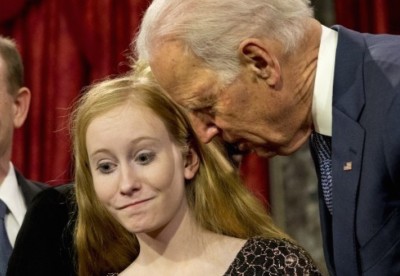 Perverts and pedophiles want to, and do, govern us.

2020 is the year we call the pedophiles out. I don't care what party you're in you're going to be exposed.
https://ka-electronics.com

Come on, Biden is a loser but if he was an actual pedophile he wouldn't behave like that in public...

As a very old "glad handing" politician for too many decades, his over touchy persona was tolerated and ignored. The recent rise of #metoo hysteria, and cancel culture in social media has made this behavior an easy target.

He is worth cancelling for being wrong about almost every single thing he said over his long political career... I used to watch him in the senate when he chaired the foreign relations(?) committee, wrong early and often about pretty much everything.

He was partnered with Pres Obama to give the newbie some foreign relations cred... We can see how that worked out.

His persistence as a candidate only reflects how bad the rest are.

Joe is in the pervert class and may lack enough self-awareness to understand how he looks to others.

mediatechnology wrote: ↑
Tue Dec 31, 2019 11:10 am
Joe is in the pervert class and may lack enough self-awareness to understand how he looks to others.

Lacking self awareness or filters on what he says, does not make him a pervert (I know another high level politician who lacks filters). Biden's personal behavior has worked for him for decades, enjoying success and rising in the DC political swamp. It is hard to change his habituated personal patterns this late in life.

Calling him a pervert is just typical social media warrior cancel culture, an ugly parade I will not join. He does not deserve election for more credible reasons. He seems to be more successful when avoiding cameras and not speaking. It will be hard to keep hiding, if he advances in the primary.

It's about calling these people out to reclaim the culture not to change the political calculus.
Joe Biden doesn't need any help being less electable, pervert or not.
His behavior however is that of a pervert.

There is a world-wide attempt to normalize pedophilia.
And then there's uncle Joe with his hands all over women and girls.
This is not OK: https://www.thegatewaypundit.com/2017/1 ... ch-crotch/

"Drag Queen Story Time" may not have come to Hickory yet.
https://ka-electronics.com

mediatechnology wrote: ↑
Tue Dec 31, 2019 12:37 pm
It's about calling these people out to reclaim the culture not to change the political calculus.

And who gets to define this culture? The modern social justice warriors think whomever screams loudest wins.


Joe Biden doesn't need any help being less electable, pervert or not.
His behavior however is that of a pervert.

In you opinion... I see an emotional appeal to press a cultural hot button to cancel a politician.

There is a world-wide attempt to normalize pedophilia.

There have always been world wide attempts to normalize all kinds of behavior.... Have you been watching TV or movies for the last several decades? Almost every single TV show bends over backwards to be diverse and represent positively as many minority affinity groups as they can. It is more blatant these days, but maybe I am getting old and notice these things. Many of these now normalized characters would have been considered wildly abnormal decades ago.

DO NOT try to make me defend pedophilia even though I think socrates or was it plato were fans (I still read their philosophy).

And then there's uncle Joe with his hands all over women and girls.
This is not OK: https://www.thegatewaypundit.com/2017/1 ... ch-crotch/

"Drag Queen Story Time" may not have come to Hickory yet.

I do not choose to defend Biden while I reject the extreme characterizations IMO proffered for political purposes.

If you don't know who the patsy is in the poker game, maybe you are the patsy. This looks like politics as usual but modern media provides new vehicles for mud slinging.

PS: I watch too many christmas movies and in a scene from a recent one, one member of the token male married couple being "normalized", was visible on screen checking out the backside of the female lead. Who knows, maybe they are trying to normalize bisexuality?

And who gets to define this culture? The modern social justice warriors think whomever screams loudest wins.

The culture I seek is the rule of law. Law is codified.


In you[r] opinion... I see an emotional appeal to press a cultural hot button to cancel a politician.

He is an example of ignoring the elephant in the room.
His behavior - grabbing a young girls hand and pressing it onto his 'package' in one cited example - speaks for itself.
As a parent of two stepdaughters (now adult) that speaks more loudly than anything anyone else can do to "cancel" him.
Its his own behavior not those who point it out.
Mr. Biden is self-cancelling.


Have you been watching TV or movies for the last several decades?

No, I haven't to be honest.
No cable TV only OTA sub-channels.
No network news.

What mainstream TV that slips by during a channel change is repulsive.
I haven't been to a movie theater since the 1990s.
Hollywood and its "actors" spew Red Chinese dragon vomit.
I want to throw up every time I hear a PBS News Hour sounder.

The only Netflix I allow myself to be exposed to is "The Office" which is something my wife enjoys.

I watch the sub-channels and if I lived alone would probably only turn on the TV if I thought I was in or near a tornado.
It's poison for the mind and soul.


There have always been world wide attempts to normalize all kinds of behavior....

Normalizing child sacrifice - which is where this all leads - is repulsive and evil.
Murdering babies after they're born to harvest their organs is evil.
Splitting their personalities at an innocent age is evil.

The objective of the Globalist is to normalize the culture of death.
I value life.


I do not choose to defend Biden while I reject the extreme characterizations IMO proffered for political purposes.

Look at the faces of the children and their body language as it happens.
They are innocent and act so.

You must not have been a parent.

I'm loosely paraphrasing Virginia Roberts one of Epstein's victims but she said something to the effect of "How could people this sick, this depraved rise to such a position of power?"

Answer: It's how you join "the club."

Joe Biden, and about 30% of DC of both parties are members of the club.

The paradigm is not Left/Right, Republican or Democrat it's good versus evil.

That's not usually too hard to discern.

As a parent this type of behavior really pisses me off whether its Joe Biden or the person in the original post.
They walk among us.
https://ka-electronics.com

I think you guys have more to worry about than Biden, looks like that Trump fella might get in again! Now theres a pervert for you!
Sent from Trump free New Zealand hehe!
Top

I'm not worried by that prospect at all.
You judge a man by his enemies.


Now theres a pervert for you!

Saying it doesn't make it so.
The only remotely "pervy" thing I've ever heard Trump say or do was the locker-room talk about grabbing a grown woman's pussy who was coming on to him.
That's a lot different than groping teen and pre-teen girls.
One is bad behavior; the other is pedophilia.
Know and understand the difference...

I'm damn sure I wouldn't want to live in New Zealand.
Since New Zealanders are defenseless by virtue of gun confiscation the jihadists will have their way with you.
You won't be laughing then hehe. You'll be dead.
You're being setup for slaughter in the great culling of the herd.
Christians will be killed first.
https://ka-electronics.com