by mediatechnology
Let's see how that works out for Goodyear.
It hasn't helped sports.

The Self-Destruction Of Goodyear


New audio from a Goodyear Tire and Rubber Company plant training session on what is and is not acceptable in the workplace has been released and provides further details of what was discussed.

The audio, which was obtained by 13 NEWS-WIBW, is from a presentation out of Goodyear’s Topeka plant where a photo was leaked of a slide showing the company’s “zero-tolerance” policy. The slide deemed “Blue Lives Matter,” “All Lives Matter,” “MAGA Attire,” and “Politically Affiliated Slogans or Material” as “unacceptable.” Slogans marked as “acceptable” to the company included “Black Lives Matter (BLM)” and “Lesbian, Gay, Bisexual, Transgender Pride (LGBT).”

Throughout the audio, the unidentified speaker noted racial graffiti in the locker room and detailed “acceptable” messaging while at work.

“Some people may wish to express their views on social justice or inequity or equity issues such as black lives matter or LGBTQ pride on their face coverings, shirts, or wristbands. That will be deemed approved because it applies with a zero-tolerance stance,” said the speaker. “However if any associate wears all, blue, white lives matter shirts or face coverings, that will be not appropriate.”

And then, "just like that," Goodyear apologizes. (Sort of.)


After a ham-handed attempt at damage control with a non-apology over biased "diversity" training sparked outrage from President Trump - which in turn sparked a boycott by conservatives, Goodyear CEO Rich Kramer issued a direct apology on Thursday.

"To be clear, Goodyear does not endorse any political organization, party or candidate," reads Kramer's statement, which adds that the company "strongly supports our law enforcement partners and deeply appreciates all they do to put their lives on the line each and every day for their communities."

"We have clarified our policy to make it clear associates can express support for law enforcement through apparel at Goodyear facilities," which means - no MAGA hats, but presumably means 'Blue Lives Matter' and 'All Lives Matter' attire is now acceptable.

A message from Rich Kramer: By now, you are aware of a visual from our Topeka factory that has been circulating in the media. I want to personally clear the record on what you are seeing and hearing. pic.twitter.com/UqqFeFQn6t

Wow that was quick. "Accelerationalism."

So I guess Goodyear figured out that sales from their government division was toast.
CEO Rich Kramer didn't specifically reverse "All Lives Matter" or "White Lives Matter" just Blue Lives.
I wonder how long before an employee tests the newly-reversed policy...

I haven't bought a set of Goodyear tires since the early 1980s.
Judging from the comments it looks like few people will ever buy them again.

by mediatechnology
Jacob Blake Sr.'s Reaction To New Allegations About His Son's Shooting 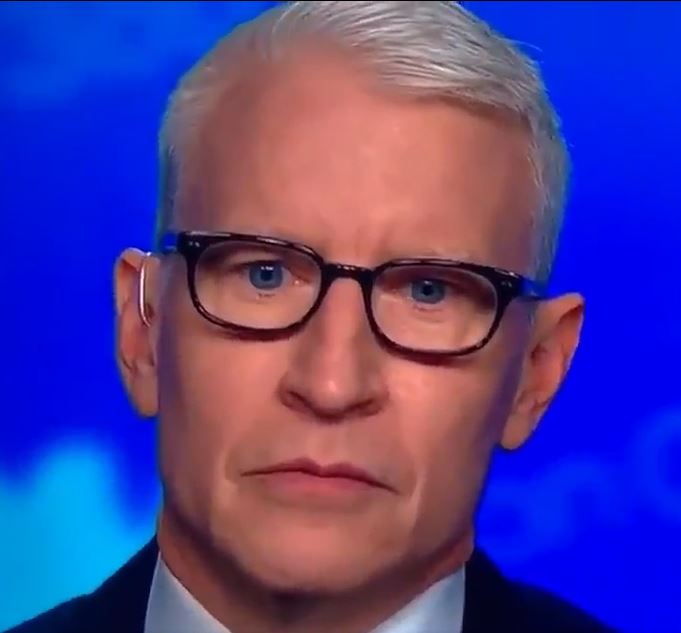 The acorn doesn't fall far from the tree...


In a recorded conversation with Cullors, BLM Los Angeles founder and California State University Professor of “African Studies” Melina Abdulla reveals more than she thought she should have. “Maybe I’m sharing too much, but we’ve become very intimate with the spirits that we call on regularly, right.” she explained. “Like, each of them seems to have a different presence and personality, you know. I laugh a lot with Wakisha, you know. And I didn’t meet her in her body, right, I met her through this work.”

Cullors echoes the sentiments of Abdulla. “It’s a very important practice, um, hashtags are for us, are way more than a hashtag, it is, um, literally almost resurrecting a spirit so they can work through us to get the work that we need to get done,” said Cullors, one of the three founders of BLM. “I started to feel personally connected and responsible and accountable to them, both from a deeply political place, but also from a deeply spiritual place.”

“Always, you know, in my tradition you offer things that that your loved one who passed away would want, you know, whether it’s like honey or tobacco, things like that,” the trained Marxist and BLM co-founder continued. “And that’s so important, not just for us to be in direct relationship to our people who’ve passed, but also for them to know we’ve remembered them. Um, I believe so many of them work through us.”

Cullors also admits that the very first thing BLM leaders do when they hear of a “murder” is to pray to the spirits and “pour libation.” Again, she emphasized, this is not just about “racial and social justice.” “At its core, it’s a spiritual movement,” she continued. “You can’t pretend like that work is just organizing work. That’s, you know, that’s some serious stuff.”