Relax in southern comfort on the east bank of the Mississippi. You're just around the corner from Beale Street and Sun Records. Watch the ducks, throw back a few and tell us what's on your mind.
Post Reply
14 posts

Those who knew Joe are invited to join. 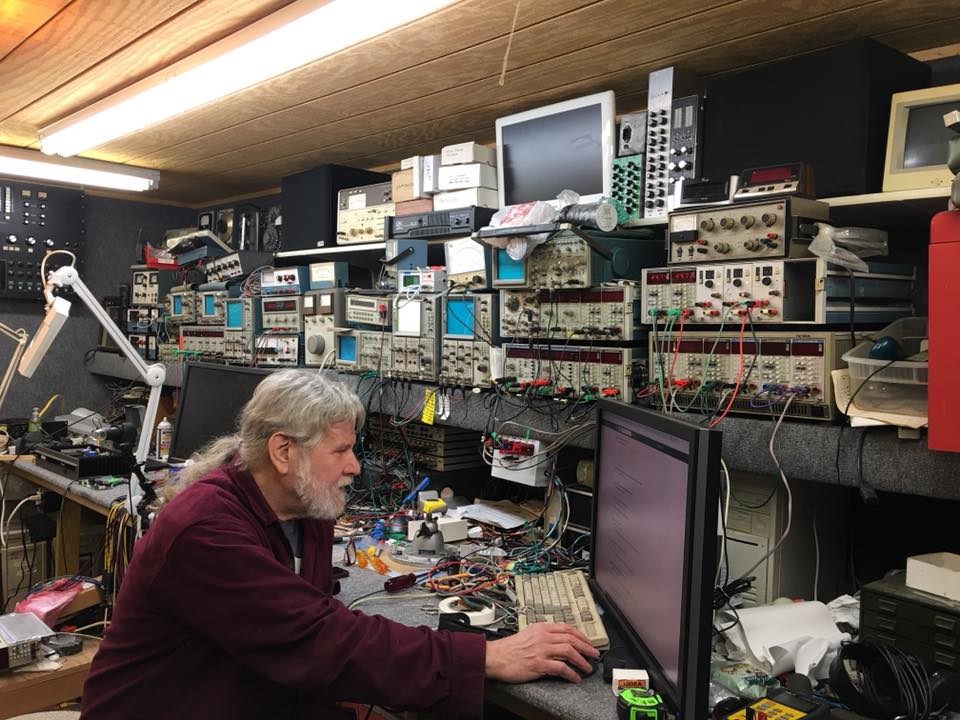 The late Joe Neil at his workbench. RIP Joe.
https://ka-electronics.com

I am almost reluctant to post because I did not know him, but I know a bunch of the same test equipment. I thought I was a pack rat, I see lots of old school heath kit and other brand old soldiers I used in the past.

I am stunned! I first met Joe in Feb. 1978. He was chief engineer at Bob Richardsons studio, just off I75 in Atlanta. I was service mgr. for the MCI Nashville dealer & was there to tune the eq on the control room monitors. We hit it off right from the start. We rekindled our friendship 2 yrs. ago.
Joe laid out the PCB for my new moving coil phono preamp. I offered to pay him for his work but he refused.

Joe was a really good guy & will be sorely missed by those who knew him. My deepest condolences to his wife & family.

I wanted to share some posts I made on Joe Neil's Facebook Memorial page here for posterity. Joe's Memorial was in July.

In my last remembrance of Joe I wrote about his 1986 letter of recommendation. We problem-solved technical issues by phone for Doppler occasionally after that but by the time the 1990s rolled around we'd lost touch with one another. The time was pre-Internet: Long distance communication by phone was 10 cents per minute. It was the 1990s, we were busy, and shooting the breeze was an expensive proposition.

Today we might take for granted the power of the Internet to reunite people. When it reunited Joe and I in January 2008 I thought it was a miracle. At the time I had just started the Pro Audio Design Forum and had been active on the Prodigy-Pro DIY audio forum. When his account activated I received the following email from Joe:

So here we are some 20 years later with Joe, out of the blue, being one of the first members to join my fledgling audio forum. As we will learn Joe had a bigger purpose. A friend and I were about to introduce a DIY compressor circuit board. I had offered Joe some of the first ones. Joe, a few days later, wrote:


"Greetings Wayne,
Wow, that would be great! What I thought about doing was in as much as the old dbx noise reduction modules had two boards, one upside down to the other that both connected to the backplane, I could have 2 channels per module. What this would allow would be a stereo couple switch that would not be limited to outside pin connections so you could have either 16 mono comps or 8 stereo comps, or any combination. What do you think? If I could get 2 boards, I could test out my plan. I don't know how many dbx noise reduction racks are out there (we have 4), but you know they are all gathering dust.
Many thanks for getting me involved in this. It's fun to build this kind of stuff in my old age.
Best regards,
Joe Neil"

Without going into the technical mumbo-jumbo suffice it to say Joe had a well mapped out plan and he and I agreed that he'd "need two for stereo."
Little did I know that "It's fun to build this kind of stuff in my old age" turned out to be a huge understatement. It became more than fun: Joe, as Bruno2000, went on to build some of the most “serious” and admired DIY "built-like-a-tank" gear DIY has ever seen. Joe's gear was not only built to the highest standards it was literally road and field-tested. Unless you're recording bird songs in the Amazon the stress on gear doesn't get any more real world than Sam's Tape Truck.

Prior to 2008 I've only found one Internet post at the GS forum where Joe, using his real name, compares the nervousness he had of replacing Sam's cab and frame to the birth of AJ:


"26th July 2003
joeneil
Joined: Jul 2003
Location: Atlanta GA
Posts: 1
Topic: New Mobile Recording Truck
Thanks for the kind words about Sam's Tape Truck! 2 years ago we bought a new cab & chassis and moved the box to it. It was the most nervous 2 days since the birth of my child! We opted for no air ride, since we were told it added about 400 LBS to the weight, and our driver said he didn't like the mushy feel, but what we did was to tune the suspension to the weight. That has worked well for us, with almost no equipment problems.
Joe Neil"

That was Joe's only post on that forum.
Joe was a "do-er."
While many people on forums talk about the minutia of a design ad nauseam or building some gizmo in the future Joe just went off and did it.
I'll share Bruno2000's amazing DIY work in later posts. They tell us a lot about the man I knew.
https://ka-electronics.com