Where we discuss new analog design ideas for Pro Audio and modern spins on vintage ones.
Post Reply
2 posts • Page 1 of 1

Moral of the story: Keep DC out of the magnetic circuit...
https://ka-electronics.com

Picking up this where I left off...

The positive DC supply current ranges about +300-450 mA; the negative is -90 mA.
The imbalance results in a large amount of DC current in the windings biasing the transformer core.

This is the hum signature of the unit with the current imbalance: Most of the hum is caused by the magnetic flux from the transformer and isn't in the actual DC rails. 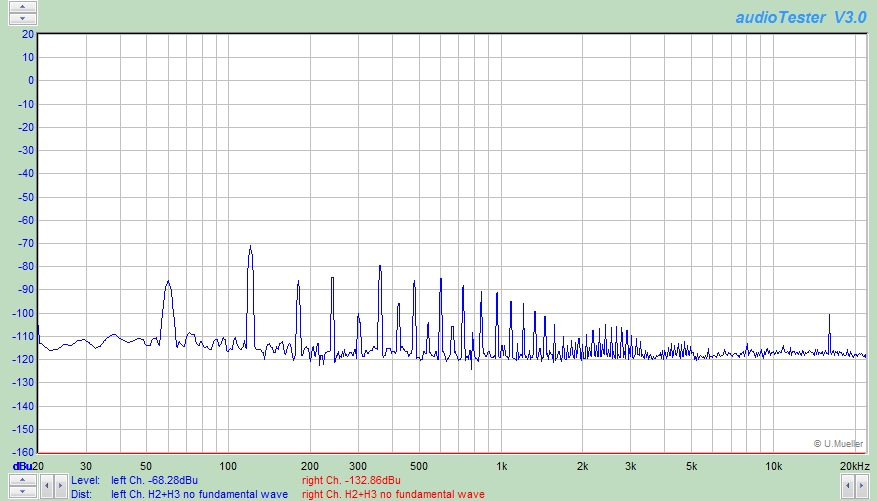 This is the hum signature when the negative supply has an added load making it about equal to the positive. 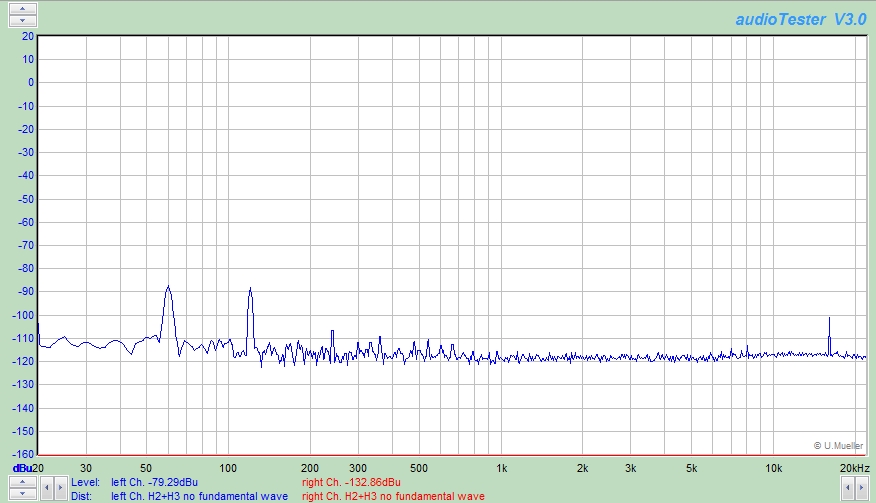 Increasing the total load on the transformer, to balance the load currents and reduce the DC component, greatly reduced the harmonic content of the hum field.
The DC component caused even-order distortion.

Rebalancing the load currents kept the magnetics from "clipping" on the positive half-cycle.

This got me to thinking about split power supplies' rectifiers...

Here is the Texar's schematic which is pretty generic.

Most power transformers have separate independent secondaries that are connected in a center tap configuration.
The outer winding ends are usually connected to a single "full wave" bridge rectifier.
The center tap is at 0V; the DC outputs of the bridge go to the filter caps.

Examining the rectifier bridge and its connection to the transformer it becomes apparent that the actual rectifier topology is "full-wave center-tapped."

The image below provides a visual of the half-wave center-tapped rectifierl. Each polarity of the supply only has two diodes feeding it. 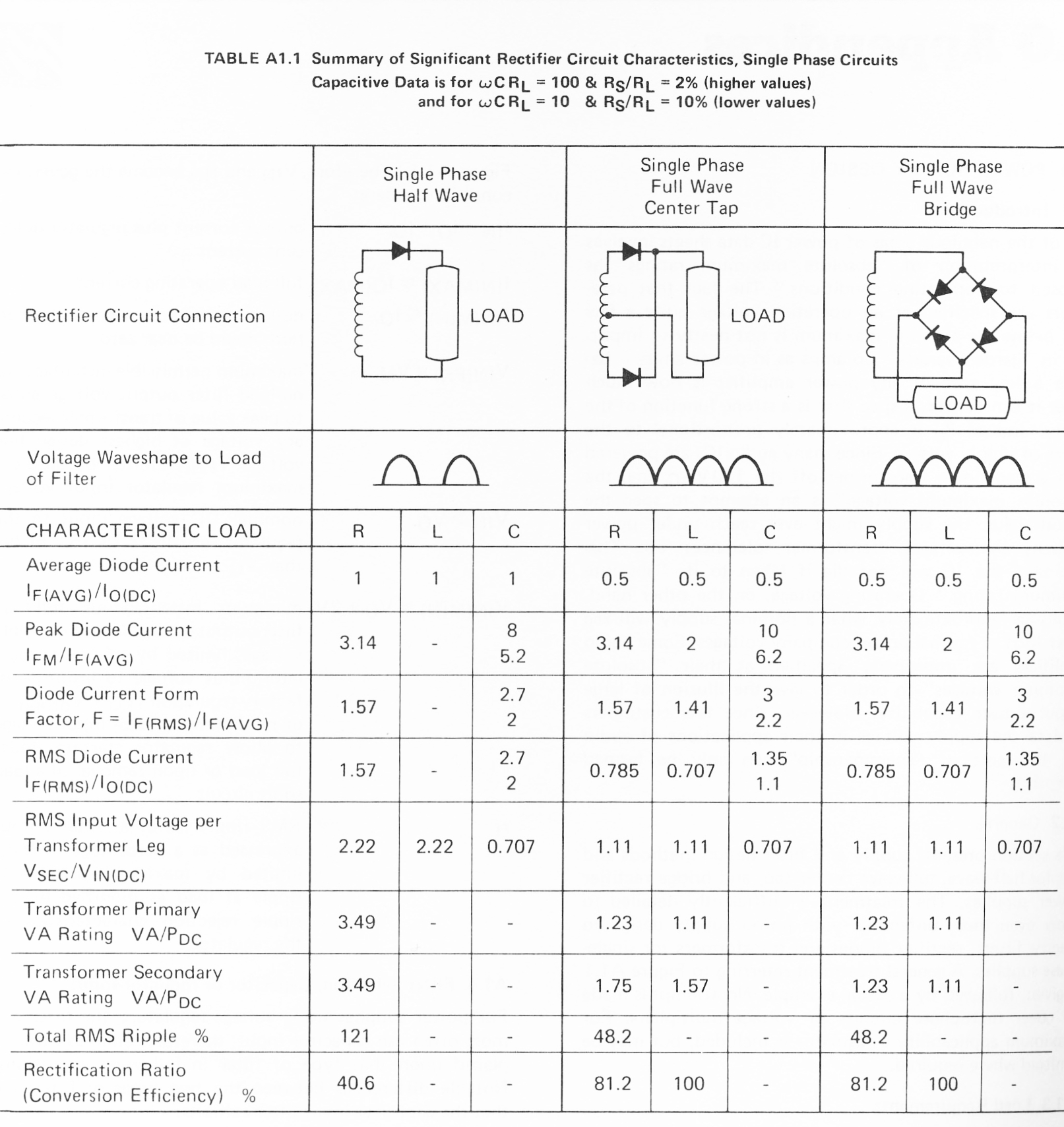 The secondary current requirements have significant differences when full-wave center-tapped is compared to full-wave bridge rectifiers.

When unbalanced load currents are unavoidable it seems to me that the solution to avoid DC in the core is to use two full wave bridge rectifiers like this example from Douglas Self: 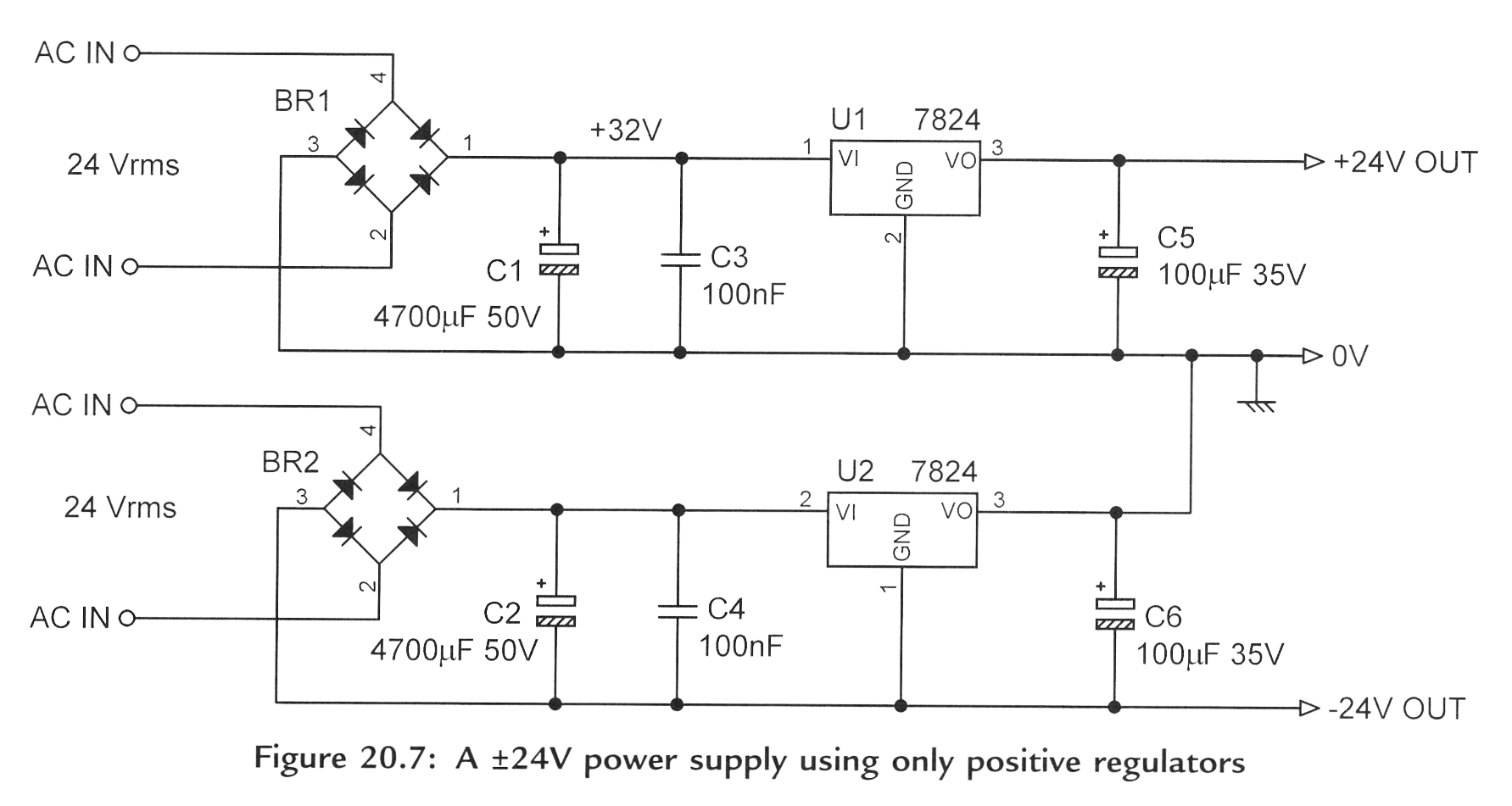 (Ignore the fact that the above example uses two positive regulators.)

It looks to me that current imbalance isn't going to setup DC in the windings and saturate the transformer core when two bridges are used.
One secondary will just have a higher load current.

For medium current supplies the extra bridge diodes are cheap and seem to avoid problems when loads are not symmetric.
(Small load imbalances with single bridge supplies are no big deal - they don't shift the transformer core's operating point very far.)

Gross load current imbalance effects on the transformer was something I had never really looked at before.

IMHO the Texar transformer was running beyond it's capacity and near saturation anyway because the manufacturer had switched from dot to bar display. The bodacious amount of hum it generated made me think about symmetry.

For the Texar I solved the problem by installing switching power supplies.

CDC: "For 6% of the deaths, COVID-19 was the only cause mentioned. For deaths with conditions or causes in addition to COVID-19, on average, there were 2.6 additional conditions or causes per death." https://www.cdc.gov/nchs/nvss/vsrr/covi ... /index.htm
Top
Post Reply
2 posts • Page 1 of 1