Relax in southern comfort on the east bank of the Mississippi. You're just around the corner from Beale Street and Sun Records. Watch the ducks, throw back a few and tell us what's on your mind.
Post Reply
529 posts

To perpetuate fear it is necessary to remove all hope.
Home of the Texar Prism Clone: www.ortelligent.com


BOISE, Idaho (LifeSiteNews) — A doctor has found an increase in cancers since the COVID-19 inoculation rollout.

On March 18, Dr. Ryan Cole, a board-certified pathologist and owner and operator of a diagnostics lab, reported to the public in a video produced by Idaho state government’s “Capitol Clarity” project, that he is seeing a massive ‘uptick’ in various autoimmune diseases and cancers in patients who have been vaccinated.

“Since January 1, in the laboratory, I’m seeing a 20 times increase of endometrial cancers over what I see on an annual basis,” reported Dr. Cole in the video clip shared on Twitter.

“I’m not exaggerating at all because I look at my numbers year over year, I’m like ‘Gosh, I’ve never seen this many endometrial cancers before’,” he continued.

Explaining his findings at the March 18 event, Cole told Idahoans that the vaccines seem to be causing serious autoimmune issues, in a way he described as a “reverse HIV” response.

According to Cole, in patients with HIV, there is a massive suppression of “helper T-cells” which cause immune system functions to plummet, and leave the patient susceptible to a variety of illnesses.

Similarly, Cole describes, “post-vaccine, what we are seeing is a drop in your killer T-cells, in your CD8 cells,”

“And what do CD8 cells do? They keep all other viruses in check,” he continued.

Much like HIV causes immune system disruption by suppressing CD4 “helper” cells, the same thing happens when CD8 “killer” cells are suppressed. In Dr. Cole’s expert view, this is what seems to be the case with the COVID-19 jabs.

Cole goes on to state that as a result of this vaccine-induced “killer T-cell” suppression, he is seeing an “uptick” of not only endometrial cancer, but also melanomas, as well as herpes, shingles, mono, and a “huge uptick” in HPV when “looking at the cervical biopsies of women.”

This is not the first time the COVID-19 vaccines have been linked to serious issues regarding women’s health.

According to a German research study, polyethylene glycol, an ingredient found in the Pfizer and Moderna jabs, has been found to pose a “potential toxicity risk” to women’s ovaries.

Dr. Michael Yeadon, a former vice president at Pfizer, has cited the German study as a possible explanation for the large number of menstrual irregularities and miscarriages being reported by vaccinated women.

Yeadon warns young women to avoid the vaccine for, in his expert opinion as a toxicologist, the shots will likely impede a woman’s ability to get pregnant and carry a baby to term.

Dr. Cole states in his video that, not only are melanomas showing up more frequently, like endometrial cancers, the melanomas are also developing more rapidly, and are more severe in younger people, than he has ever previously witnessed.

“Most concerning of all, there is a pattern of these types of immune cells in the body keeping cancer in check,” stated the doctor.

“I’m seeing invasive melanomas in younger patients; normally we catch those early, and they are thin melanomas, [but] I’m seeing thick melanomas skyrocketing in the last month or two,” he added.

Cole came into prominence in January of 2021 when the Idaho government put in place an effort called “Capitol Clarity,” with the stated goal of keeping Idahoans informed about the facts surrounding COVID-19.

The videos of Dr. Cole at these events, which were originally posted on YouTube, have since been deleted by the Google owned video platform in a continual effort of censorship by Big Tech.

“You’re not being told the truth,” said Yeadon “Thinking about this, I try to imagine that I was speaking to my own young adult daughters, for whom I would be very concerned if they got these vaccines.” 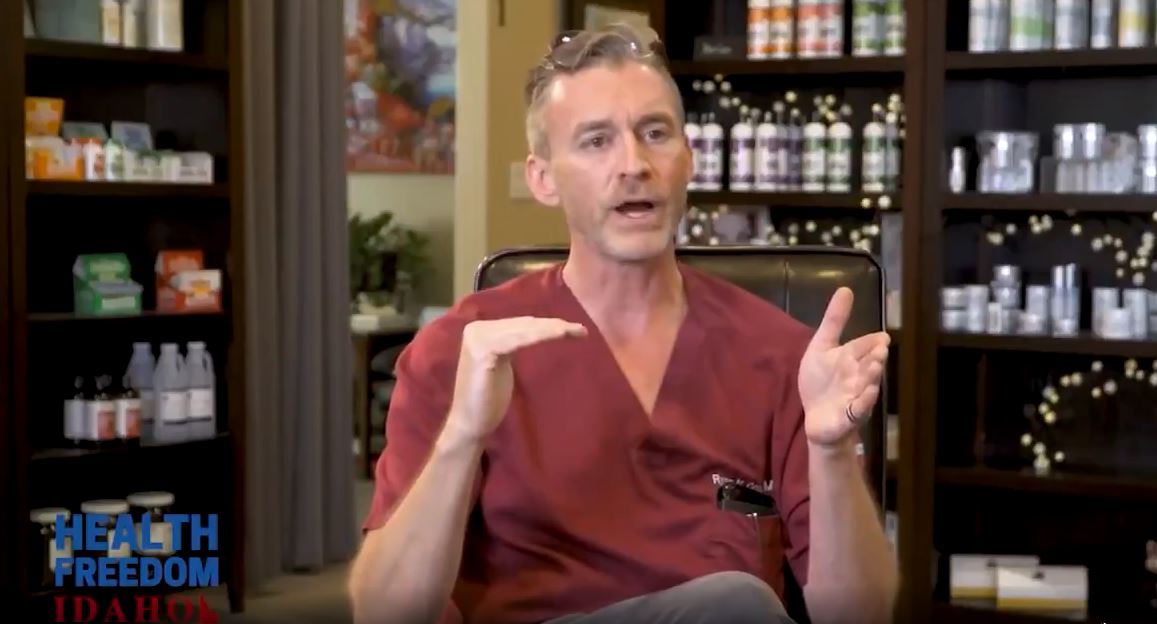 
“Since January 1, in the laboratory, I’m seeing a 20 times increase of endometrial cancers over what I see on an annual basis,” reported Dr. Cole in the video clip shared on Twitter.

I went to the grocery store the day after the Labor Day holiday expecting them to be sold out on a lot of normal items due to demand.

But Tampons? Really?
I didn't need any but saw it as I walked by the section and found it really odd.
I've never seen the entire inventory of sanitary napkins completely wiped out. Not even after a snow or ice storm.

Vaccinated women are bleeding out...
https://ka-electronics.com

Given all the variants that could be reconfigured to meet the Barkhausen criterion.
Home of the Texar Prism Clone: www.ortelligent.com

Perronne specializes in tropical pathologies and emerging infectious diseases. He was Chairman of the Specialized Committee on Communicable Diseases of the High Council of Public Health.

Confirming the rapidly deteriorating situation in Israel and the UK, the infectious disease expert stated: “Vaccinated people should be put in quarantine, and should be isolated from the society.”

The current working group on the COVID-19 pandemic in France was reported to be “utterly panicked” on receipt of the news, fearing pandemonium if it follows the guidance of the experts.

Israeli doctor Kobi Haviv told Channel 13 News: “95% of seriously ill patients are vaccinated. Fully vaccinated people account for 85-90% of hospitalizations. We are opening more and more COVID branches. The effectiveness of vaccines is declining or disappearing.”

FDA Hearing: Doctors and Experts Testify Government Data Demonstrates COVID Shots are Dangerous and May Kill More Than They Save

On Friday an FDA advisory panel declined to endorse authorization the Pfizer-BioNTech Covid booster shot for people aged 16 or older.

The panel voted 16-2 to reject extra doses of an experimental vaccine, citing insufficient data from incomplete clinical trials and the potential risk of heart inflammation – especially among young men.

The FDA hearing prior to the decision was stunning. The hearing was 8 hours long and it included SHOCKING testimony from American doctors.

Dr. Joseph Fraiman, MD told the FDA on Friday that government does not have data to show the vaccine was more beneficial than it is harmful for teenage boys.

Dr. Fraiman told the FDA panel he has NOT seen that those who show vaccine hesitancy are uninformed. “That is not what I’ve seen… The vaccine hesitant I’ve met in the ER are more aware of the vaccine studies and more aware of their own COVID risks than the doctors do. For example, many of my nurses refuse the COVID vaccine despite seeing more COVID deaths and devastation than most people have.”

Dr. Fraiman went on to say he cannot assure a nurse associate who is 30 that the vaccines are safer than catching the virus is for a healthy woman her age.

Steve Kirsch, the Executive Director of the COVID-19 Early Treatment Fund was up next to testify before the FDA. Kirsch argued the vaccines kill more people than they save.

Kirsh pointed out that there [sic] patients were 71 times more likely to suffer a heart attack after taking the vaccine than those taking other vaccines. 20 died from the drug, 14 from the placebo.

Myocarditis affected 1 in 1,000 who took the vaccine.

Steve Kirsch also pointed out that early treatments are more successful than boosters, noting that cases in Israel are at an all-time high and cases in Uttar Pradesh, India where they administer Ivermectin, the cases are nearly non-existent today. There are several huge problems with this story. From last to first...

1) "...cases in Uttar Pradesh, India where they administer Ivermectin, the cases are nearly non-existent today." Everyone knows ivermectin is for horses just like penicillin, water, oats and oxygen. You would never want to eat, breathe or take anything a horse does. "They treat people in India like horses!"

2) "Kirsh argued that the vaccine killed more people than saved lives." So what. Kirsch must have not gotten the memo. Doesn't he get the point of all this?

3) "Dr. Fraiman told the FDA panel he has NOT seen that those who show vaccine hesitancy are uninformed. “That is not what I’ve seen… The vaccine hesitant I’ve met in the ER are more aware of the vaccine studies and more aware of their own COVID risks than the doctors do. For example, many of my nurses refuse the COVID vaccine despite seeing more COVID deaths and devastation than most people have.” Again everyone knows doctors are all-seeing gods and the "informed" anti-vaxers are just a bunch of conspiracy theorists who won't get with the program. These nurses he's referring to have been gas-lit with experience and facts and simply don't know what the hell they're talking about.

4) "The panel voted 16-2 to reject extra doses of an experimental vaccine, citing insufficient data from incomplete clinical trials and the potential risk of heart inflammation – especially among young men." What the hell is wrong with having a big heart? The sentimental want to know...

Table 2e. Characteristics of Antiviral Agents That Are Approved or Under Evaluation for the Treatment of COVID-19

Ivermectin: Table 2e. Characteristics of Antiviral Agents That Are Approved or Under Evaluation for the Treatment of COVID-19
Open image in new tab for full size.

Wait, I thought NBC said Ivermectin was for horses...
https://ka-electronics.com

Keep up the good work Wayne. Making information like this public has never been so important. So many of the real "facts" and particularly real science get very little attention. The profound lack of real scientific evidence out there to prove the virus even exists is quite troubling to me. I do research it seriously and I understand microbiology and electron microscopy. Why is it so difficult to even get a straight answer regarding the scientific methods used? The completely lame answers I have heard are quite insulting and obviously originating from some combination of the ignorant, complicit, devious etc..
Top

Healthcare Workers Wake Up To Their Role In Plandemic Deception

Healthcare Workers Wake Up To Their Role In Plandemic Deception

"I'm the guy who euthanized people." 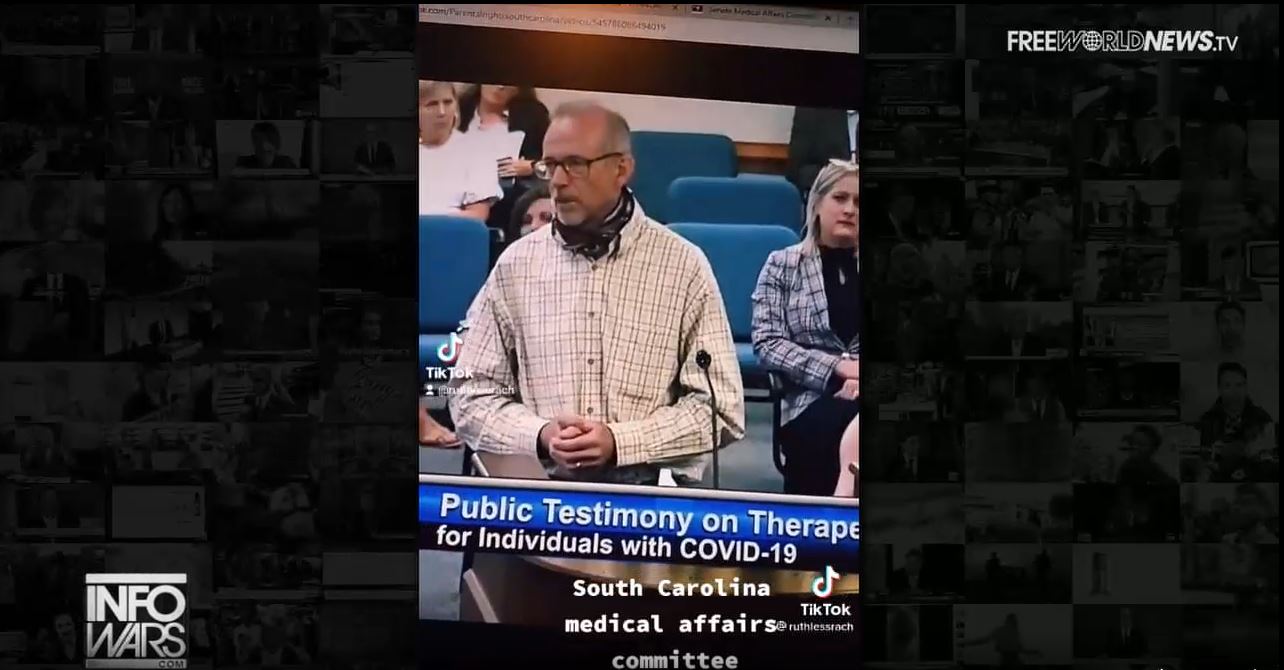