Relax in southern comfort on the east bank of the Mississippi. You're just around the corner from Beale Street and Sun Records. Watch the ducks, throw back a few and tell us what's on your mind.
Post Reply
333 posts

A lot of acidic foods actually raise pH and become alkaline once they enter the digestive system.
Counter-intuitive but lemons are highly alkaline-forming...
Garlic is a moderate alkaline-former: https://greenopedia.com/wp-content/uplo ... ntable.pdf

Honey is loaded with H202 which may be one of the reasons it never spoils.
https://ka-electronics.com

Remember in the "Andromeda Strain" how the crying baby and Sterno drinker didn't get sick?


The scientists learn that the current form of Andromeda grows only within a narrow pH range; in a too-acidic or too-alkaline growth medium, it will not multiply. Andromeda's ideal pH range is 7.39–7.43, within the range found in normal human blood. Jackson and Ritter survived because both had abnormal blood pH (Jackson acidotic from consumption of Sterno and Aspirin, Ritter alkalotic from hyperventilation). Wikipedia

I realize that it was only a movie, but...
https://ka-electronics.com

China is now claiming the coronavirus came from the United States and there is indeed evidence that it did come from the University of North Carolina, Chapel Hill.


It started when China’s top virology expert Zhong Nanshan said at a press conference on Feb. 27 that there was a possibility the novel coronavirus did not originate from China.

That same day, a Taiwanese politician named Pan Hwai-tzong said during a television program that aired on the pro-Beijing cable channel EBC News: “The coronavirus is from the United States.” Pan is a councillor from Taipei city, and a professor at the Taiwan National Yang-Ming University.

Chinese media republished this claim by Pan. Some professors in mainland China have since clarified in media interviews that Pan’s comments have no scientific basis.

China paid for the technology and was a research partner.
The Obama administration was complicit in the transfer of the virus to China in 2015.

The UNC researchers, which included Dr. Zhengli-Li Shi of the Wuhan Institute of Virology, boast about their illegal gain-of-function research:


We generated and characterized a chimeric virus expressing the spike of bat coronavirus SHC014 in a mouse adapted SARS-CoV backbone. The results indicate that group 2b viruses encoding the SHC014 spike in a wild type backbone can efficiently utilize multiple ACE2 receptor orthologs, replicate efficiently in primary human airway cells, and achieve in vitro titers equivalent to epidemic strains of SARS-CoV. Additionally, in vivo experiments demonstrate replication of the chimeric virus in mouse lung with notable pathogenesis. Evaluation of available SARS-based immune-therapeutic and prophylactic modalities revealed poor efficacy; both monoclonal antibody and vaccine approaches failed to neutralize and protect from CoVs utilizing the novel spike protein.

Ralph Baric, an infectious-disease researcher at the University of North Carolina at Chapel Hill, last week (November 9) published a study on his team’s efforts to engineer a virus with the surface protein of the SHC014 coronavirus, found in horseshoe bats in China, and the backbone of one that causes human-like severe acute respiratory syndrome (SARS) in mice. The hybrid virus could infect human airway cells and caused disease in mice, according to the team’s results, which were published in Nature Medicine.

The results demonstrate the ability of the SHC014 surface protein to bind and infect human cells, validating concerns that this virus—or other coronaviruses found in bat species—may be capable of making the leap to people without first evolving in an intermediate host, Nature reported. They also reignite a debate about whether that information justifies the risk of such work, known as gain-of-function research. “If the [new] virus escaped, nobody could predict the trajectory,” Simon Wain-Hobson, a virologist at the Pasteur Institute in Paris, told Nature.

China got the virus it paid for...
It was made in the US and the people who are now advising the President are the ones who made it.
They are covering their asses and we shouldn't trust anything they tell us.
https://ka-electronics.com

The CDC has been planning for the outbreak of the Wuhan coronavirus for quite sometime.

A November 15, 2019 job posting at USA Jobs looking for Public Health Advisers for a Quarantine Program. 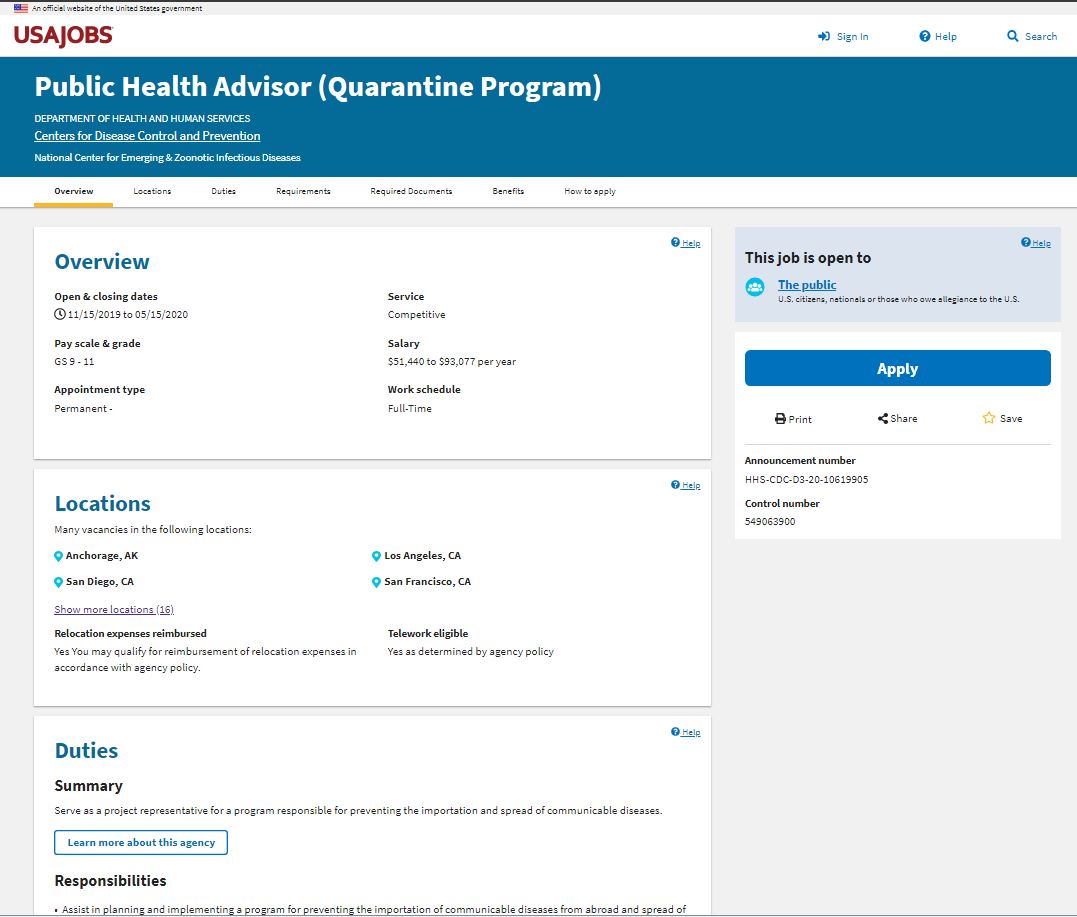 "They" have been planning to kill us for quite some time now.
It's not conspiracy theory - all we have to do is read their published blueprint.
For those of you that haven't it's time to wake the hell up.
https://ka-electronics.com

"Scenarios For The Future Of Technology And International Development," Rockefeller Foundation, 2010.

"In 2012, the pandemic that the world had been anticipating for years finally hit. Unlike 2009’s H1N1, this new influenza strain — originating from wild geese — was extremely virulent and deadly. Even the most pandemic-prepared nations were quickly overwhelmed when the virus streaked around the world, infecting nearly 20 percent of the global population and killing 8 million in just seven months, the majority of them healthy young adults. The pandemic also had a deadly effect on economies: international mobility of both people and goods screeched to a halt, debilitating industries like tourism and breaking global supply chains. Even locally, normally bustling shops and office buildings sat empty for months, devoid of both employees and customers."

"The Chinese government’s quick imposition and enforcement of mandatory quarantine for all citizens, as well as its instant and near-hermetic sealing off of all borders, saved millions of lives, stopping the spread of the virus far earlier than in other countries and enabling a swifter post-pandemic recovery." 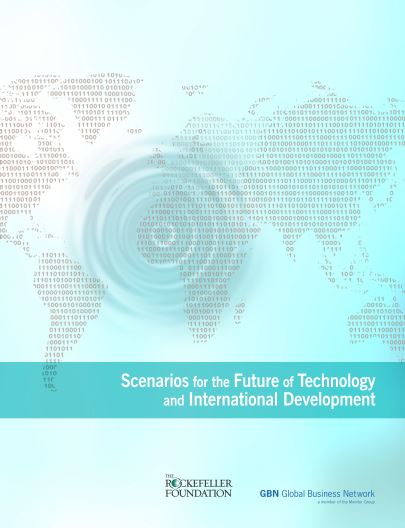 Harmeet Dhillon Blasts San Francisco Coronavirus Demands: ‘Forgive Me if I Don’t Fall Right into Line with the Fascism’


California attorney and Republican Party official Harmeet Dhillon blasted her hometown of San Francisco over its response to the coronavirus outbreak in a series of tweets on Tuesday.

“As a San Francisco resident and business owner, I’m wondering—can I trust the health judgments of leaders who let thousands live on the streets in their filth?” Dhillon wrote. “And if we are now getting homeless into shelter, why couldn’t that have happened earlier? Doesn’t their health count?”

Dhillon has been a vocal critic of the city allowing homeless to live on the streets of San Francisco neighborhoods, particularly Tenderloin. The area has been plagued by thousands of reports of feces and used needles littering sidewalks.

“All of a sudden we are supposed to accept 24-hour curfews ‘for your own safety’ from people who order the police to stand down when Antifa & friends beat the hell out of taxpayers; people who refuse to enforce laws they don’t like (death penalty, bail, property crimes)?” she continued.

“City leaders who literally give wanted alien criminals a public heads up when ICE is about to conduct raids are now telling me what’s best, declaring a death penalty for businesses, no hearings or due process?! Forgive me if I don’t fall right into line with the fascism which seems awfully situational,” Dhillon wrote.

Dhillon argued the recommendations for senior citizens to stay inside “seemed reasonable,” but, “Liberal city leaders decided to seize the opportunity and throw the whole economy into a tailspin as collateral damage but don’t worry — we’ll soon have a government sponsored bailout for favored groups soon, funded with a tax increase crammed down the throats of the dwindling number of taxpayers.”

CA and SF are poster boys for gross public health mismanagement... I guess they can tell the homeless to shelter in place on the sidewalks.

PS: My brother who is even older than me, lives in SOCAL and the gov has quarantined him to his home.
It's nice to be nice.
Top

So your brother is under a general shelter in place order or is it due to his age?

This whole thing is a virus and a psy-op wrapped in a big ball of financial reset.

Have you seen the video of the naked woman running down the street in LA(?) with a rat in her mouth?
That level of insanity is a sure-fire sign we've almost reached full collapse into hell.
https://ka-electronics.com

A Love Letter To Hillary Clinton From Anthony Fauci

A "love letter" from Dr. Anthony Fauci to Hillary Clinton. 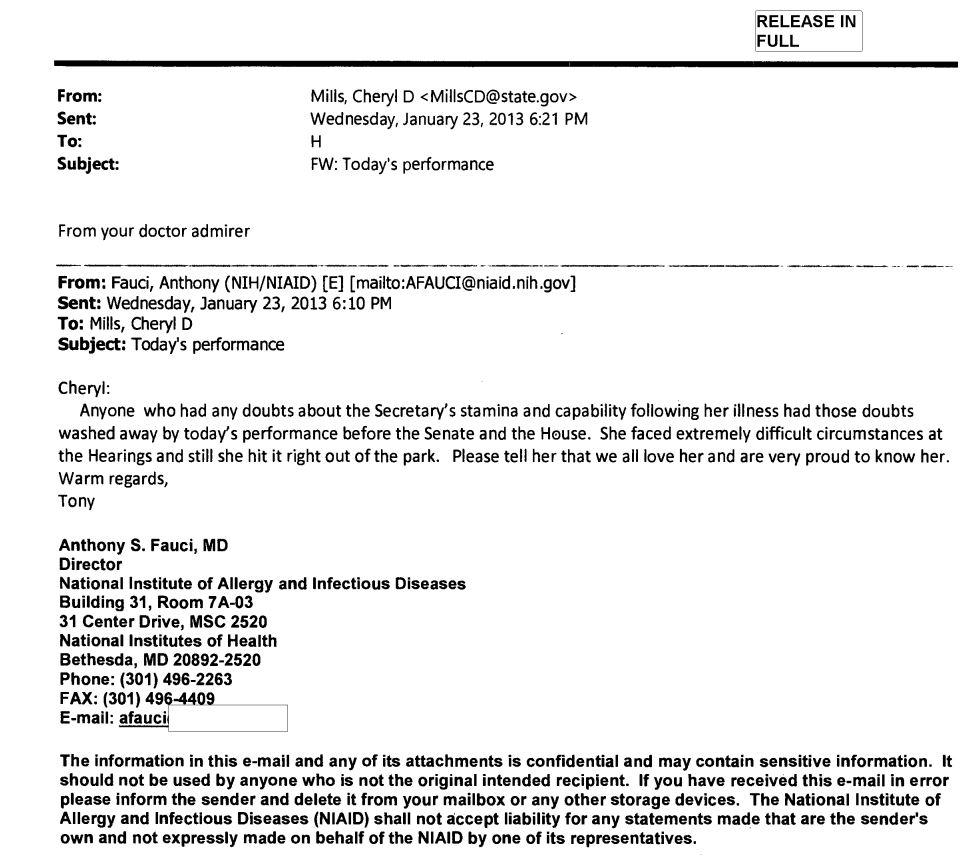 POTUS should not trust Dr. Anthony Fauci or the CDC.
https://ka-electronics.com

If I were you, I would be more worried about the constant stream of lies that POTUS comes up with. Mind you, Fauci stands right behind him and doesn't correct him. The swamp is alive and croaking!
Top
Post Reply
333 posts