Where we discuss new analog design ideas for Pro Audio and modern spins on vintage ones.
Post Reply
1 post • Page 1 of 1

I've been revisiting the low distortion oscillator and wanted to see if "helper" transistors would allow a 5532 to have the same open-loop gain performance as an LME49720. Viktors Mickevics seems to think, and I agree, that the LME49720 is about the only unassisted or non-composite op amp that has enough open loop gain (140dB at DC) for the job. More on that later...

Along the way, while comparing an "assisted" op amp to a "naked" op amp I started doing null testing of a basic op amp gain of -1 inverter. While I had the circuit running and in null I switched op amps for the fun of it.

The generator, a DAC output buffered by an op amp for 0Ω source impedance, was passively nulled with the DUT output by a 15T 5K trim pot.
Null testing allows the THD components of the generator, along with the fundamental, to be attenuated to make the generator "distortionless" and expand the dynamic range of the FFT measurement.

The DAC buffer drives both the DUT op amp and the nulling trim pot at one end.
The other end of the pot is connected to the DUT output.
The trim pot wiper, which is the null point containing the THD contribution of the DUT, was connected to a +40 dB gain stage and the output fed to an A/D for FFT.

This is not meant to be an exhaustive definitive scientific academic review of op amps but simply a comparative examination of their THD signatures. I grabbed what op amps I had within about 3 feet of me for this experiment.

What was particularly interesting is comparing various vendors' 5532s THD signature versus date code. Keep in mind that the sample sizes are very small. Where I had a significant quantity I did check more than one of the same date code and they appear to be fairly consistent.

I've shown the date code. Some date codes are in YYWW format. Others are not decipherable and their estimated purchase dates were used. Modern parts have been purchased in the last 3-5 years. 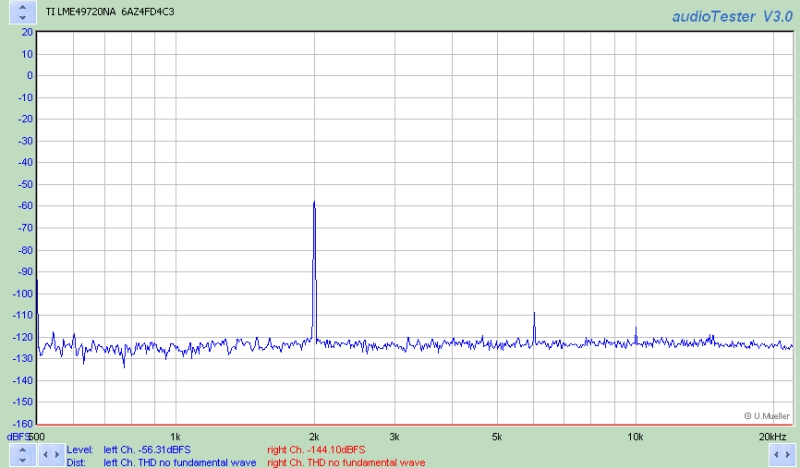 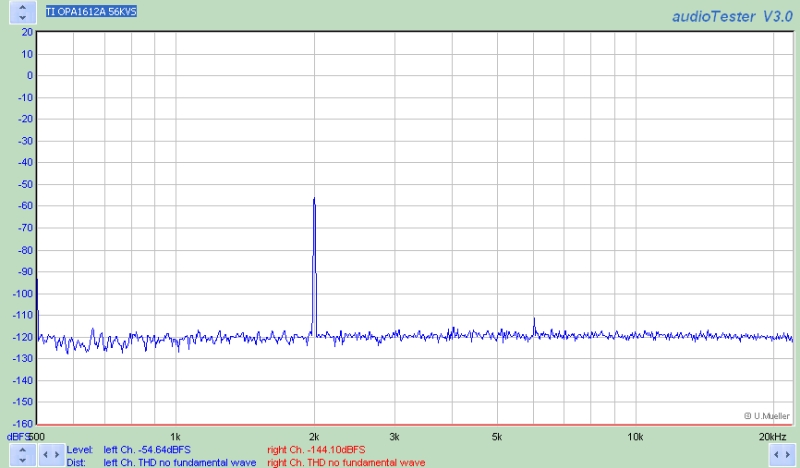 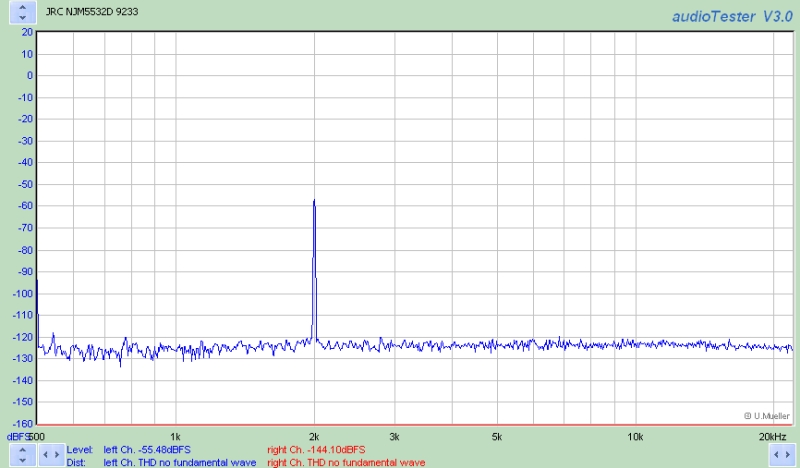 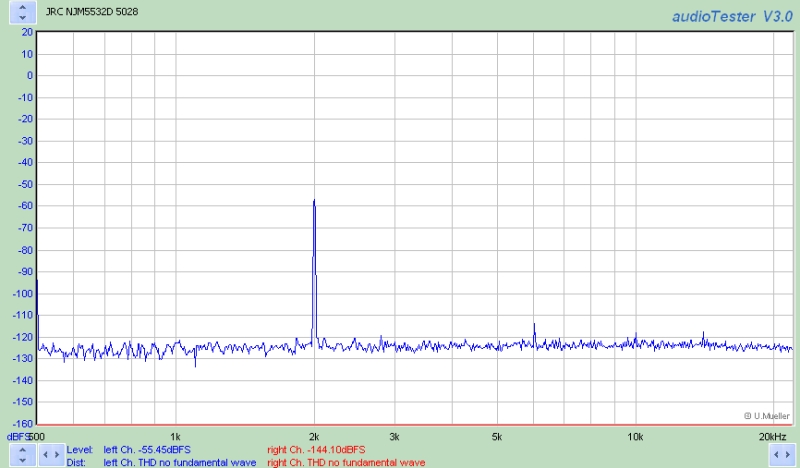 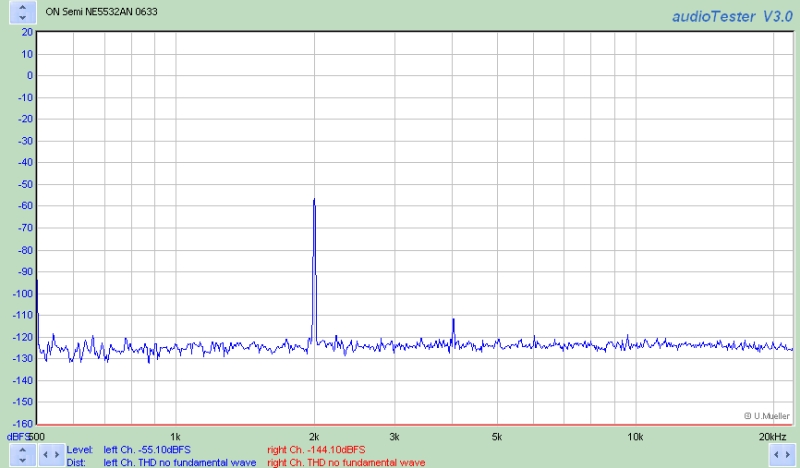 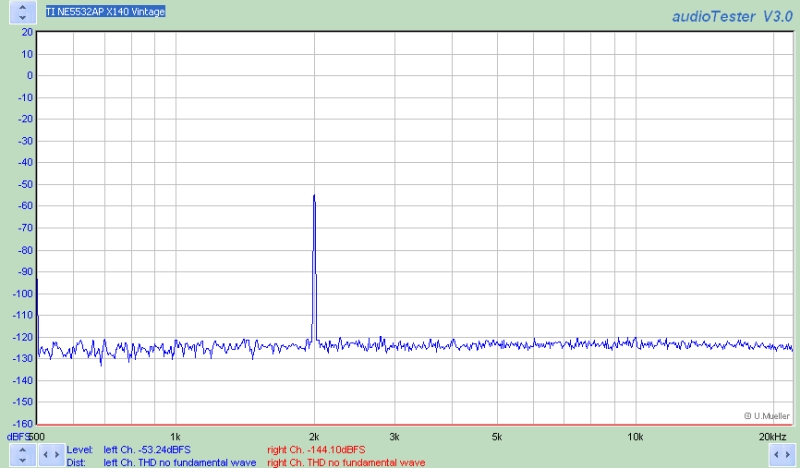 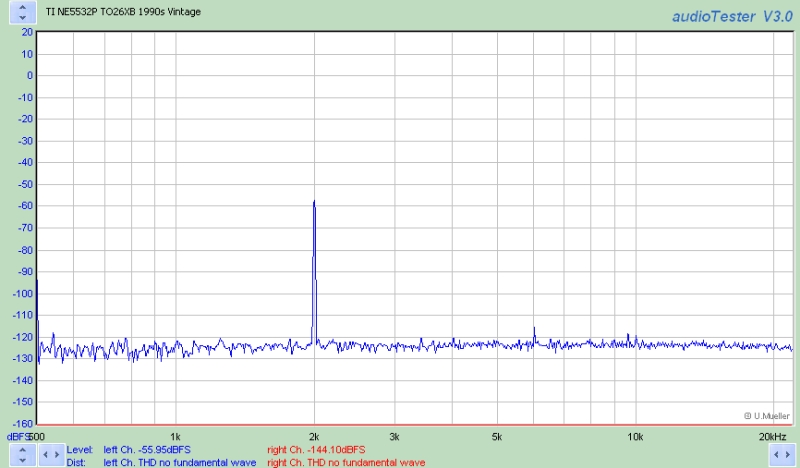 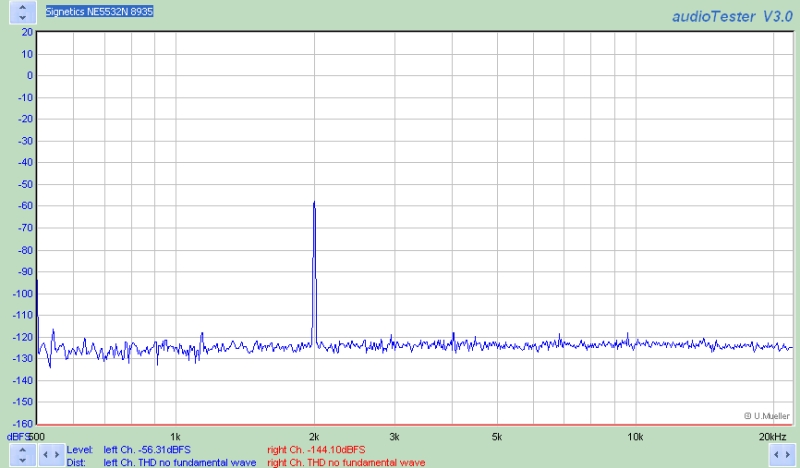 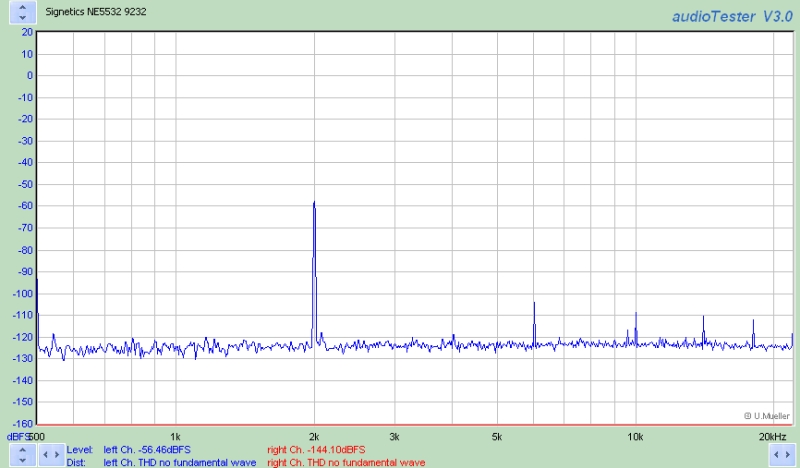 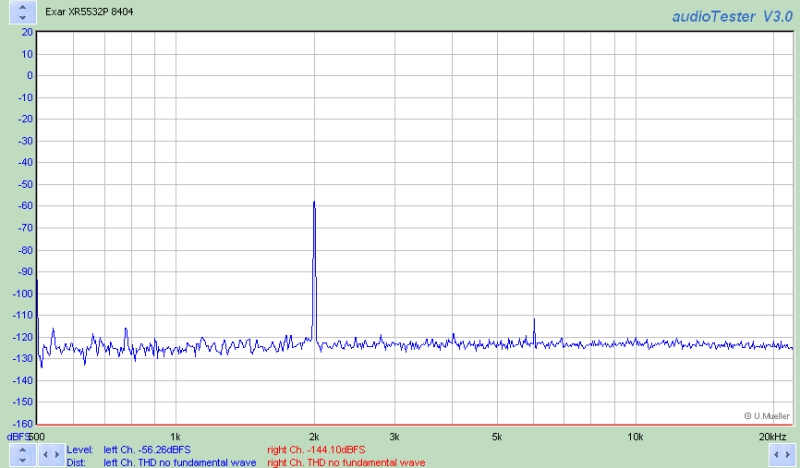 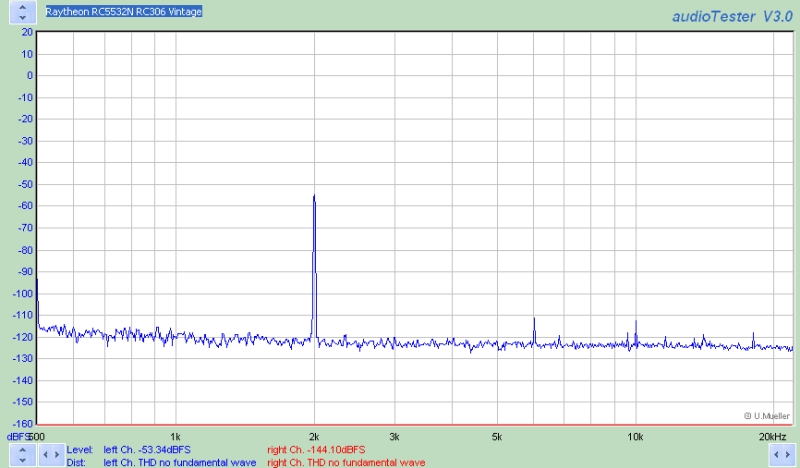 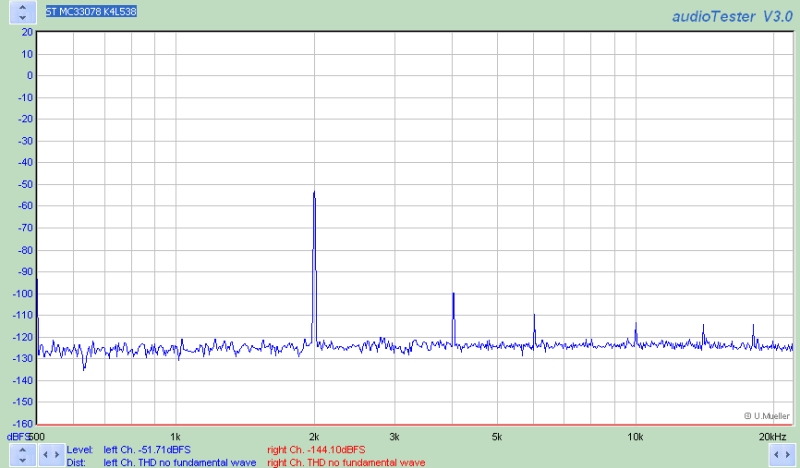 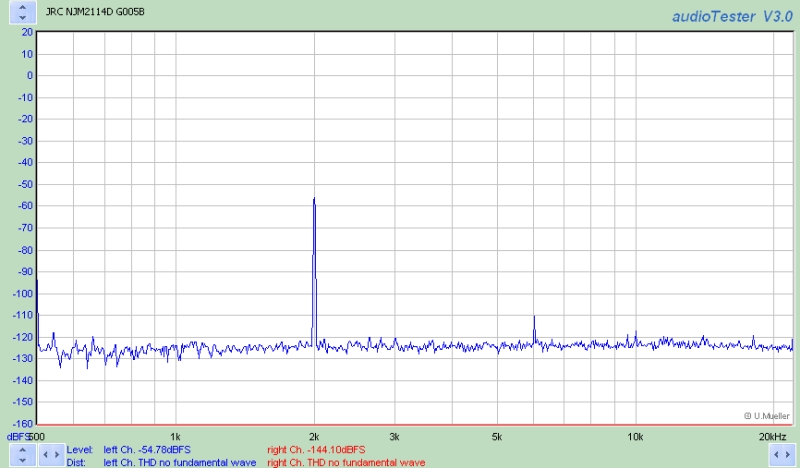 NJM2068DD Popular with OEMs. Not commonly used in DIY but hits the voltage/current noise "sweet spot" for MM phono carts. 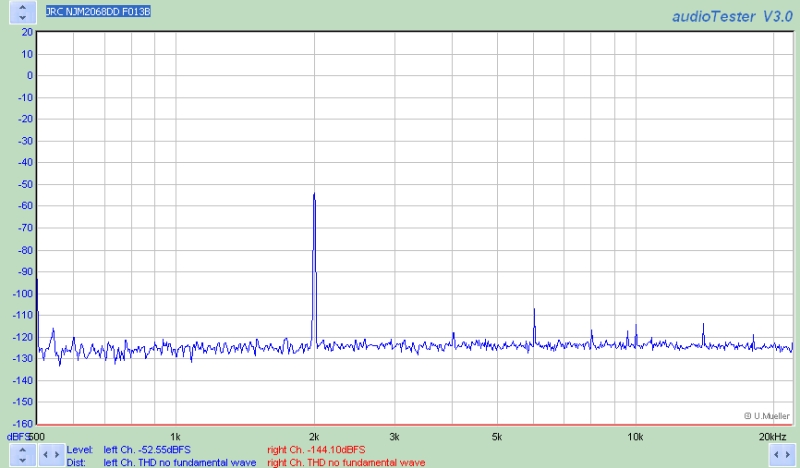 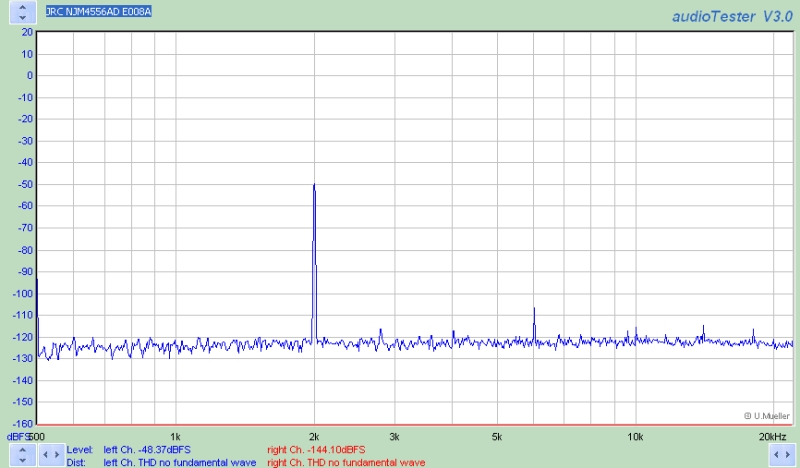 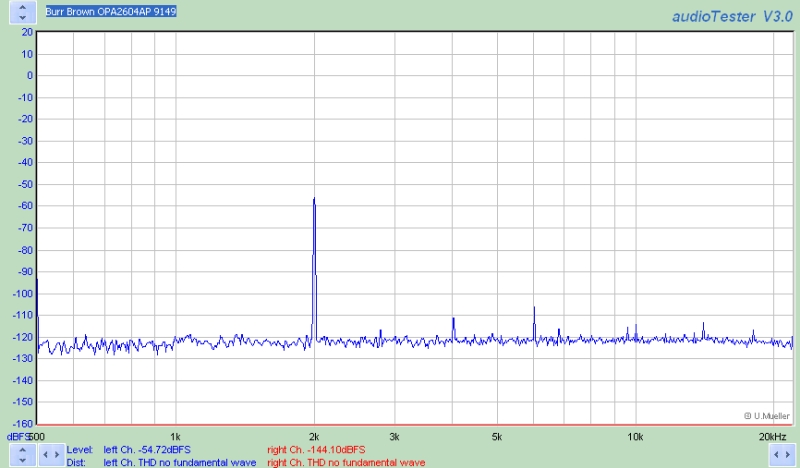 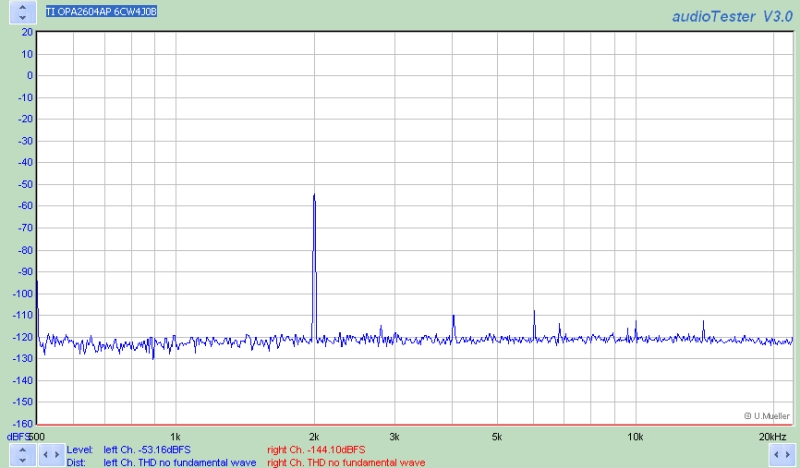 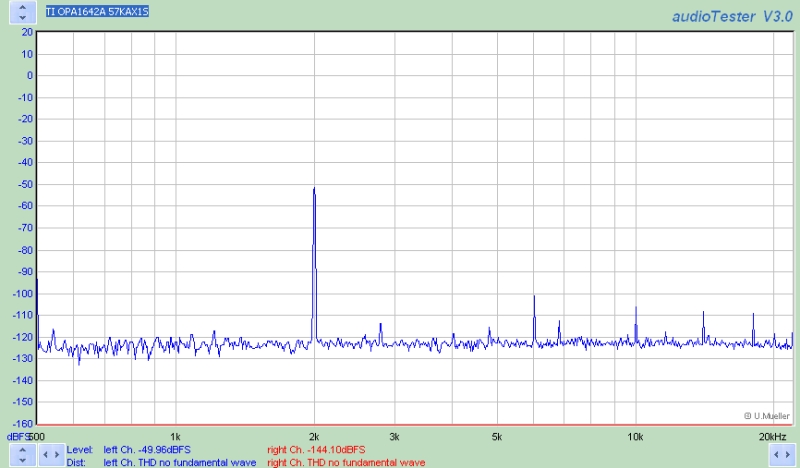 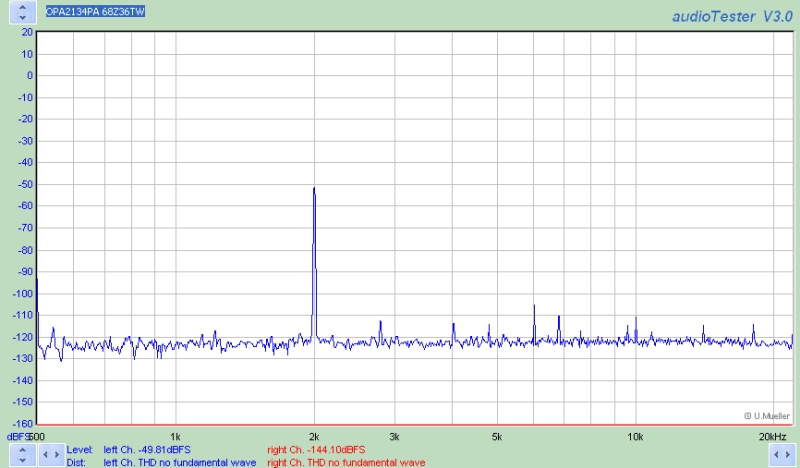 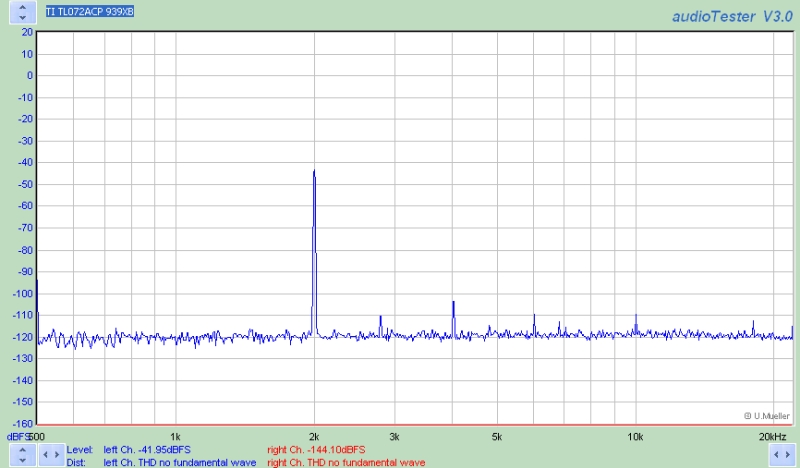