Mask-Wearing: This Is Our Life Now (Or is It?)

Relax in southern comfort on the east bank of the Mississippi. You're just around the corner from Beale Street and Sun Records. Watch the ducks, throw back a few and tell us what's on your mind.
Post Reply
79 posts

Well that explains it.
I'm not sure though if that makes you a leader or a follower.


Gov. Greg Abbott announced Thursday that he is ending Texas' statewide mask mandate and will soon allow all businesses to open at full capacity.

“It is now time to open Texas 100%,” Abbott said from a Mexican restaurant in Lubbock, arguing that Texas has fought the coronavirus pandemic to the point that “people and businesses don’t need the state telling them how to operate” any longer. 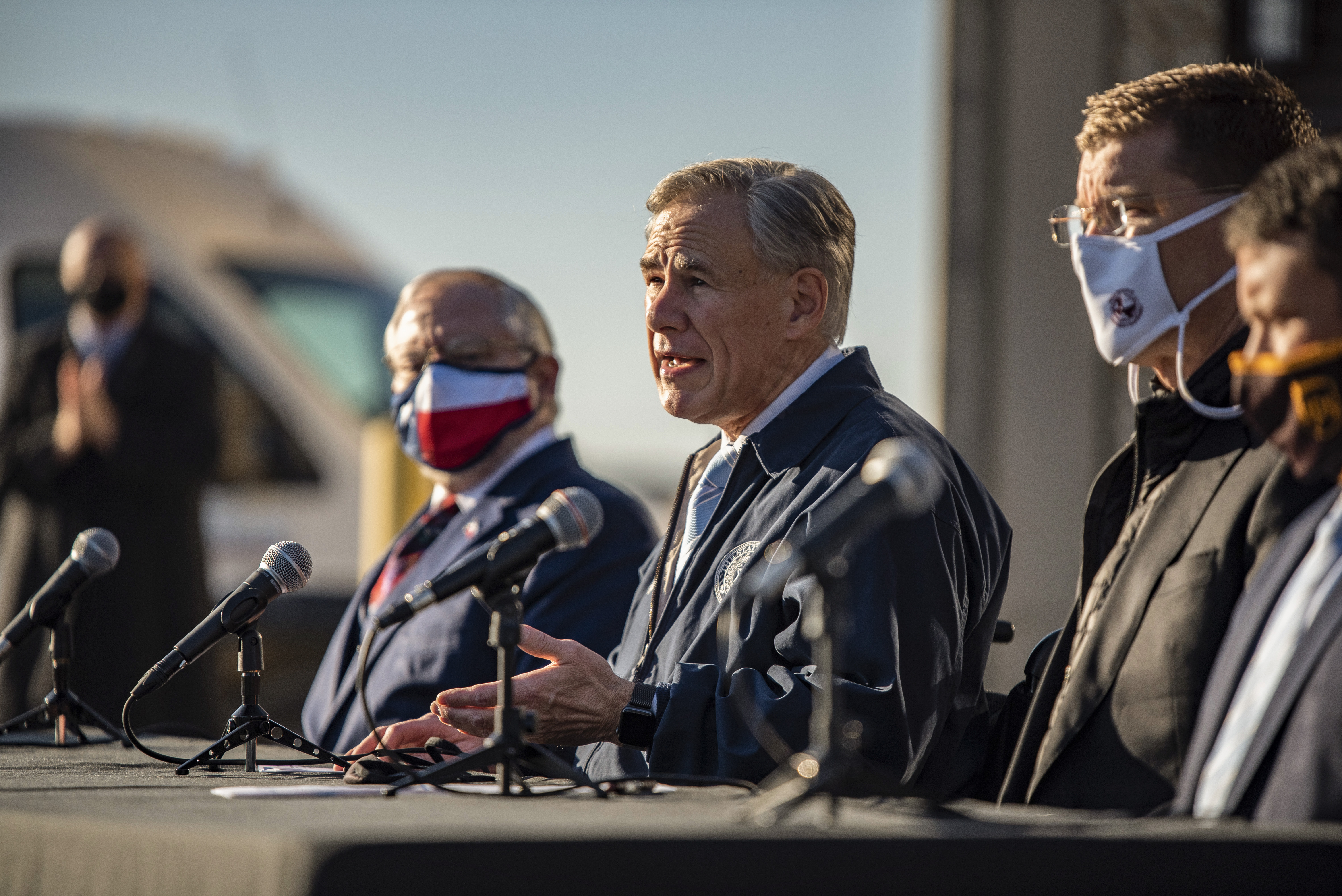 Abbott finally realized that the people who elected him were telling him to go fuck himself and that his re-election chances were below zero. So he removed the mask and occupancy mandates effective today.

Abbott, the little impotent cuck, is now going to anger his Chinese puppet-masters and once they blackmail him again over some land deals we'll see the rt-PCR cycle thresholds cranked back up to 2^40th amplifications to artificially raise the false positive rate and he'll try lock us back down again.

For the record I've only worn the face mask for about 15 seconds in the last year.
If he pulls this shit again it's only going to get worse for him.

I'm not going to thank him: He didn't have the authority to begin with.


On Friday afternoon, the US Centers for Disease Control and Prevention (still called the CDC, even though they added a ‘P’) released a heretical report about mask-wearing and COVID-19.

The report, authored by at least a dozen medical doctors, PhD researchers, and, bizarrely, a handful of attorneys, examined how mask mandates across the US affected COVID cases and death rates.

You’d think with all of the media propaganda about mask effectiveness… and all the virtue signaling, with politicians and reporters appearing on live TV wearing masks… that the data would prove incontrovertibly and overwhelmingly that masks have saved the world.

But that’s not what the report says.

According to the CDC’s analysis, between March 1 and December 31 last year, statewide mask mandates were in effect in 2,313 of the 3,142 counties in the United States.

And, looking at the county-by-county data, the CDC concludes that mask mandates were associated with an average 1.32% decrease in the growth rates of COVID-19 cases and deaths during the first 100 days after the mask policy was implemented.

You read that correctly, they didn’t misplace the decimal: according to the federal government agency that is responsible for managing the COVID-1984 pandemic, the difference between mask mandates and no mask mandate is literally just a 1.32% difference.

And bear in mind, it’s entirely possible that the real figure is even lower than that, given all the questionable COVID statistics.

But what about the "science?"
CDC Report showing once again you've been lied to: https://www.cdc.gov/mmwr/volumes/70/wr/ ... 10e3-H.pdf
https://ka-electronics.com
Top

I am still wearing my mask and the new n95 is noticeably harder to breath through.

I heard an interesting statistic... some 60-70% of COVID related hospitalization patients are/were obese.

Maybe they should talk about that.

I keep forgetting to grab mine when I go to the store. Apparently many have been also, so I don't feel alone.

Being the 1 year anniversary of "14 days to flatten the curve" they are pushing a bunch of stats out to celebrate. One study said 1 in 5 people polled out of 1434 surveyed know someone who died of Covid. Taken literally that extrapolates to 20% of the population or 66 million. At face value people actually take these polls and run with them unchecked and then banter about on social media as science experts.
My consulting site: www.ortelligent.com

Being the 1 year anniversary of "14 days to flatten the curve" they are pushing a bunch of stats out to celebrate. One study said 1 in 5 people polled out of 1434 surveyed know someone who died of Covid. Taken literally that extrapolates to 20% of the population or 66 million. At face value people actually take these polls and run with them unchecked and then banter about on social media as science experts.

I read a great book about " thinking, fast and slow" (Kahneman)... Human brains are lazy and are too willing to accept such statement without critical inspection. If you pay attention we are constantly bombarded with bullshit because so many people just accept the stories, without checking.

something else that masks really suck for is trying to communicate. I was just working with a local power company repair tech to address a leaning power pole on my side road. With his truck engine running he couldn't understand me speaking with my mask on.

Masks are so bad for peace officers' verbal commands that a number of departments have banned officers from wearing them.
https://ka-electronics.com
Top

I've confirmed with many that they never realized they read lips in conversation until masks came along. Honestly, early on I figured at my age I was losing my hearing, or at least my wife thought so, since I mastered selective hearing years ago. I wonder how many people went for hearing tests thinking the same thing?
My consulting site: www.ortelligent.com