Relax in southern comfort on the east bank of the Mississippi. You're just around the corner from Beale Street and Sun Records. Watch the ducks, throw back a few and tell us what's on your mind.
Post Reply
22 posts

The barometer not only has a full numerical reading, but a direction of change arrow, and a rate of change scale. I need to retire my old one that is always wrong, but I may keep it around to catch it blowing the weather forecast again. At the moment it is actually correct and they both agree.

I use old school plastic rain gauge with the slick magnifying curved face to make it easier to read. 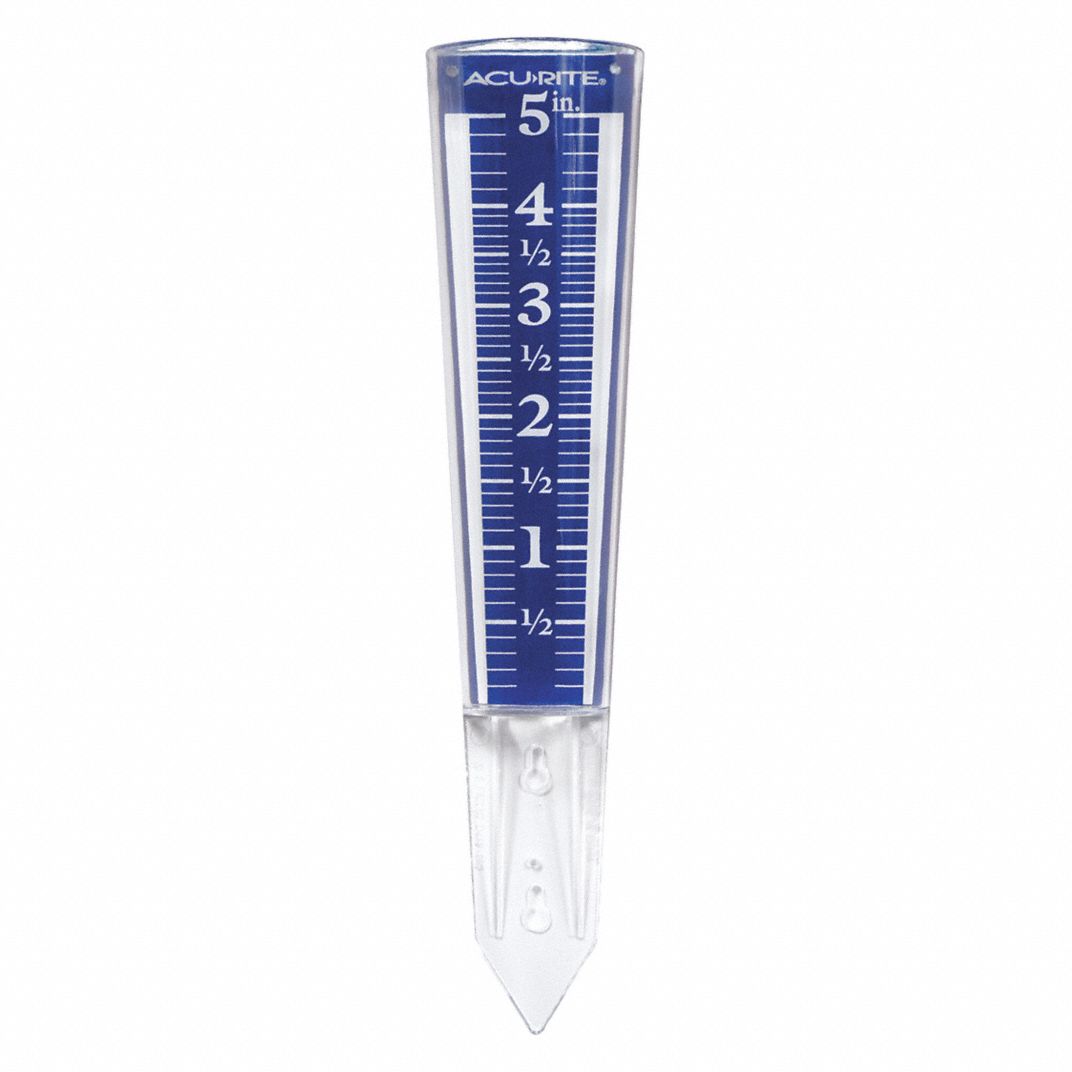 In this weather I need to be careful to empty the rain gauge out so it doesn't freeze which will crack the plastic rendering it incapable of holding moisture. I guess a fancy electronic rain gauge could have an automatic drain, but nah...

This morning I woke up to the incorrect time zone... overnight it sync'd to the atomic clock and the time zone needs to be set relative to GMT so I loaded in -6 hours and should be all good from here. The radio link to atomic clock is in the temperature remote. Apparently the barometer takes multiple days to learn average barometric pressure (probably to self calibrate for altitude).

I still like the feature set on this puppy. I started this thread because of discrepancies between my digital thermometers. Right now I have 4 different digital thermometers tracking the indoor temp in my kitchen. The two new ones agree within 0.6'F, the two old ones are a couple degrees off (low).

I guess a fancy electronic rain gauge could have an automatic drain, but nah...

They have a two compartment bucket which, as it fills, rocks back and forth and self-empties.
It's like a little water wheel that toggles.
On mine each toggle of the bucket is 0.04" and read by a magnetic reed switch.

It will take several days to learn the deltas in barometric pressure: Mine has a mode to set the altitude which is about 600' here.
IIRC your altitude is about 200 ft MSL.
I'd look for the setting but you're so close to sea level it may not matter but it will give you more accurate absolute pressure.
Been awhile since I looked at your topo map...


The radio link to atomic clock is in the temperature remote.

Really? It makes sense since its an outdoor location.
My WWVB 60 kHz receiver is in the base station.

I really enjoy my weather stations.
I have three combo RH/Temp tranmitters and three receivers.
I have two rain gauge receivers and one collector.
I really would like a wind speed and direction indicator.
https://ka-electronics.com
Top

The barometric pressure just shifted from rising to falling so it looks like less good weather is coming...

I really like the improved technology... and this is a good use of simple digital number crunching.

Since yesterday my "always wrong" old forecasting thermometer has called for rain, while my new improved forecast has been predicting partly cloudy. So far partly cloudy is more accurate... About a day ago the barometer shifted from rising to falling, so "always wrong" may have over-reacted.

About a day ago the barometer shifted from rising to falling, so "always wrong" may have over-reacted.

It's the "Dr. Fauci" barometer.
Neal Ferguson wrote the barometer code with Fortran and with identical inputs returns random results.

About a day ago the barometer shifted from rising to falling, so "always wrong" may have over-reacted.

It's the "Dr. Fauci" barometer.
Neal Ferguson wrote the barometer code with Fortran and with identical inputs returns random results.

I remember coding with Fortran back in the 60s to do my engineering homework.

Memorable was that 3+4=6.9999 [edit- it was probably something like 2x3=5.999 caused by rounding errors in log look up tables /edit]
===
I really like being able to see a barometer with actual pressure reading, direction, and rate of change. The weather ICONs are gravy and we'll see how to evaluate the chicken little early warning.
===
[update- the new improved forecaster is now predicting rain.. so both are now in agreement /update]
[update2- the new improved forecaster alternated between rain and just cloudy a few times, while always wrong still says rain-- it didn't rain, but weather was worse when the good forecast said it was worse. /update2]
[update3 - another important difference, the new improved forecaster has multiple levels of precipitation, cloudy, rain, and stormy. Now just saying rain, while looking out the window looks like weather is improving... the old always wrong has been stuck on rain for two days.. I guess like a broken clock it can be right sometime, just not yet. [update3]
[update4- the old always wrong has flipped from rain to partly cloudy, the new is still saying rain, but indicates barometric pressure is now rising. \update]
[update5- late yesterday always wrong flipped to mostly sunny, the new improved stopped forecasting rain but still says cloudy... for now the newby appears more accurate.

JR
[update- now always wrong is calling for rain... while sun is shining and skies are clear... always wrong is really wrong. /update]
[update2- a new observation, putting the two remotes in the same area, right next to each other, makes their reading agree closer...
-- I am about ready to take always wrong out of service, since it is almost always wrong. The only thing I will miss is larger display of outdoor temp. BUT being always wrong it deserves to be retired. /]
Cancel the "cancel culture", do not support mob hatred.
Top

Always wrong...
Is that from bad measurements or bad software ?

May be, there is an update available to hopefully turn it into a Quite right ?
Top
Post Reply
22 posts