My Fluke 8060A and I have been together for almost 40 years now. I was saddened to power it up the other day and see "-OL" regardless of switch selection. It was clearly DOA...

A few days later I found the Manual, took a look at the schematic and decided to open it up.
I suspected power supply failure on one of the reference rails.

One of the first things I saw was a replaced cap and thought "I don't remember changing this."

I knew the positive supply was running because the display worked.
The next place I looked was TP2 and found there was no -5.1 V supply.
I probed C21 with the 'scope and found the charge pump running.
That pointed me immediately to C23, the output filter.
It was shorted.

I don't normally stock 6.3V caps in that value but a 25V of the same diameter would fit. Height wasn't an issue.
As I held the replacement cap in my hand I realized it was identical to the one that had been previously replaced.
I was the guy who'd changed the first cap and was holding in my hand the rest of the bag of caps.
Talk about Deja Vu.

I ended up changing every electrolytic in the whole thing and it works great.
My 8060A was back.

Another weakness of older 8060As are the conductive elastomeric "zebra" strips used to connect the lower board to the CPU/Display and the LCD to display board strip.
On mine I burnished the the PC board fingers at the top of the photo with a dry Q-tip.
I then cleaned it with a slight amount of de-oxer and burnished it until dry again.
Make sure the exposed edge of the zebra strip is clean and free of any dust or small strands of fiber. It doesn't take much to create an intermittent connection.

The display works perfectly now.
I'm sure a lot of 8060As have been trashed for bad LCDs that actually had oxidized zebra strips and boards. 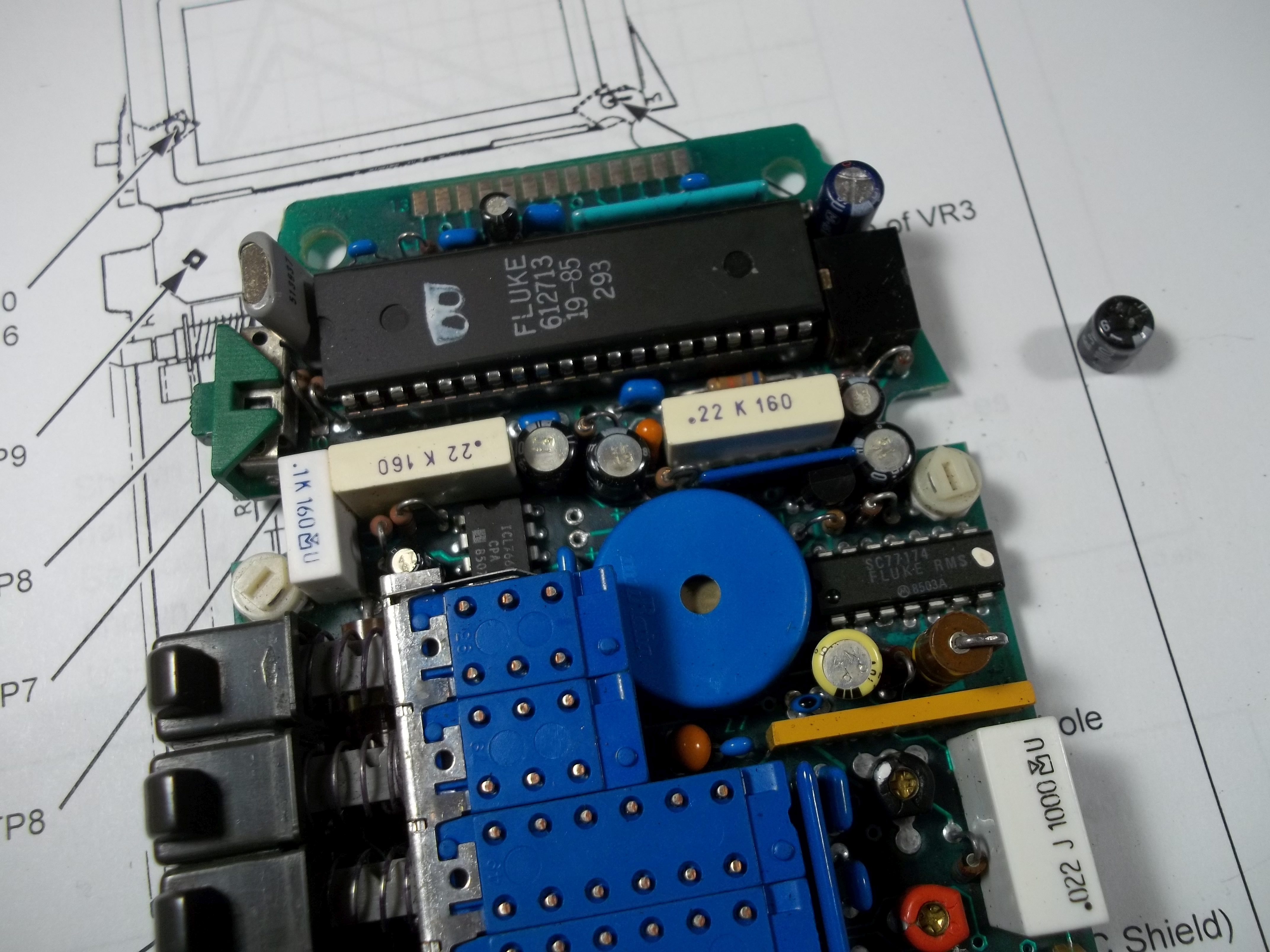 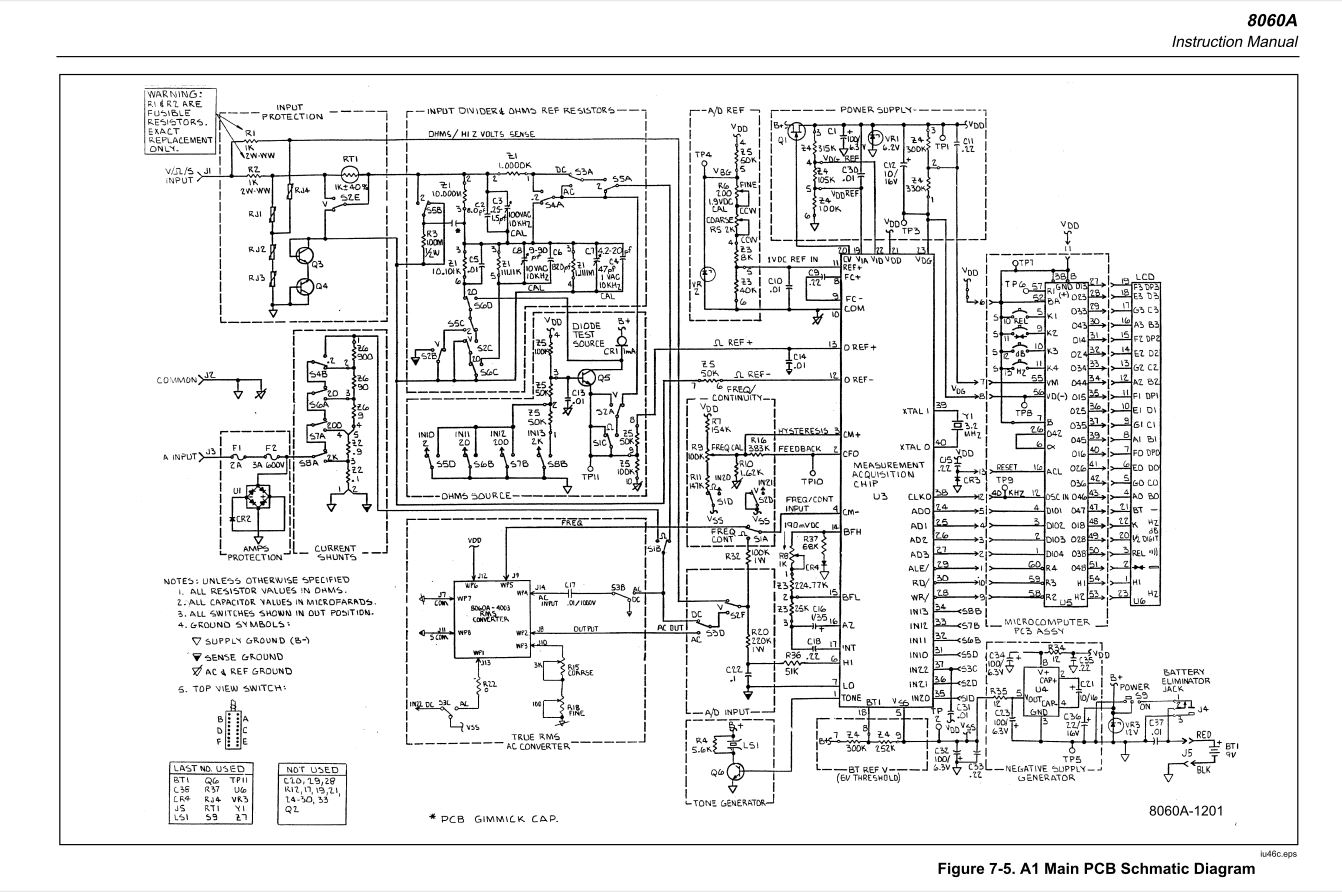 Fluke 8060A Schematic. Right-click to open in a new tab in a large format.
https://ka-electronics.com
Top

At least it wasn't just a fluke that someone replaced that cap.

.........I'll be here all week folks
My consulting site: www.ortelligent.com